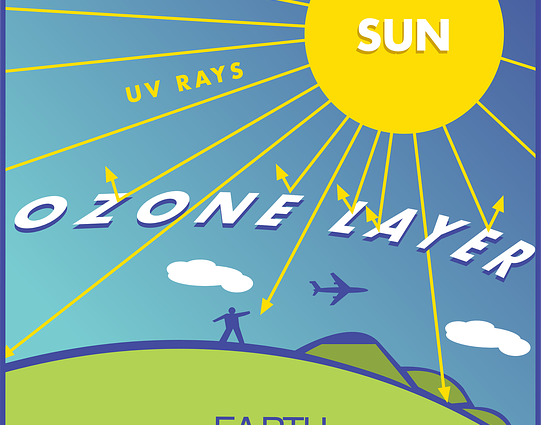 “Over time, steady progress is being made and the hole is getting smaller,” said Paul Newman, chief scientist for Earth Sciences at NASA’s Goddard Space Flight Center. “We see some wavering as weather changes and other factors make the numbers wiggle slightly from day to day and week to week. But overall, we see it decreasing through the last two decades. Eliminating ozone-depleting substances through the Montreal Protocol is shrinking the hole.”

The ozone hole happens when the protective ozone layer in the stratosphere above the South Pole begins to thin every September. Chlorine and bromine derived from human-produced compounds are released from reactions on high-altitude polar clouds. The chemical reactions then begin to deplete the ozone layer as the sun rises at the end of the winter in the Southern Hemisphere, with the strongest depletion occurring above Antarctica.

The ozone layer provides powerful protection against the sun’s ultraviolet rays, but is startlingly thin relative to the Earth’s crust and ocean, or even its total overhead atmosphere. In many places, the global average is about 300 Dobson Units, which if brought down to sea level pressure, is about as thick as two stacked pennies. Over Antarctica, the depleted ozone layer is roughly equivalent to the thickness of a dime.