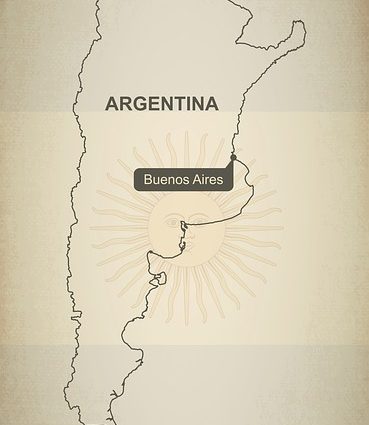 Argentina: 23 dead, 84 hospitalized due to adulterated cocaine in Buenos Aires

Officials in Buenos Aires province say the cocaine that caused the deaths of 23 people in Argentina last week and hospitalized 84 more was adulterated with a powerful opiate.

Investigators are also seeking to clarify whether the distribution of these highly toxic drugs was due to a mistake made by those who cut the narcotics, or whether it was intentional as part of some kind of score-settling among drug gangs.

The Argentina Ministry of Health reports although the toxin that is causing the cases is unknown, due to the characteristics of the clinical presentation, it could be substances that contain opioids within their components. Fentanyl is one hypothesis.

The Buenos Aires health authorities informed the Epidemiology Directorate of the National Ministry of Health that the hospitalized people are in health establishments in the municipalities of Hurlingham, San Martín, Tres de Febrero, Morón, Tigre, Ituzaingó and General Rodríguez.

After the increase in the number of deaths, the Minister of Security of the Province of Buenos Aires, Sergio Alejandro Berni, warned those who have acquired drugs in the last 24 hours discard it.

Faced with this situation, and with the information available at the time of issuing this alert, the national health portfolio communicates the following preliminary recommendations.

-A suspect case is considered to be any person who has ingested cocaine in the last 24 hours and presents any of the following signs and symptoms: respiratory distress, bradypnea, seizures, miosis, sensory depression, paresthesias, psychomotor arousal.

-Evaluate the administration of NALOXONE as an antidote.

-All suspected cases must be reported to the National Health Surveillance System as follows: group of events (other events of importance to public health), event (suspected case of intoxication due to consumption of allegedly contaminated cocaine).

IS ITALY’S RESTRICTIVE LAWS WHAT YOU REALLY WANT?