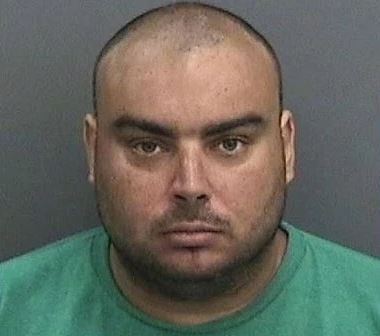 A babysitter working with Care.com has been arrested for showing a 10-year-old boy in his care how to set off chemical acid bombs, the Hillsborough County Sheriff’s Office says. Identified as Joshua Stephen Lapin-Bertone, the Tampa man has been charged with four counts of Making/Placing/Discharging a Destructive Device and four counts of Child Abuse Endangerment.

Lapin-Bertone, 30, was babysitting the boy on Monday night, when an off-duty deputy heard a loud explosion in the Logan Gate Subdivision near Monterey Lakeside Park around 11:15 p.m. Detectives say Lapin-Bertone was seen setting off the chemical bombs and showing the young boy how to do it. They say he also had the boy participate in throwing them.

HCSO responded to the scene where they secured the chemicals.

The boy’s mother responded to pick him up.

One report noted this from the mother: “Never questioning what they did during the day and assuming he was being well taken care of for the salary she paid him, there was no ignoring what was really going on after the woman got a call from police after the babysitter’s late night at the park with her son…”

Lapin-Bertone had been babysitting the boy for a period of 4 years, deputies say.