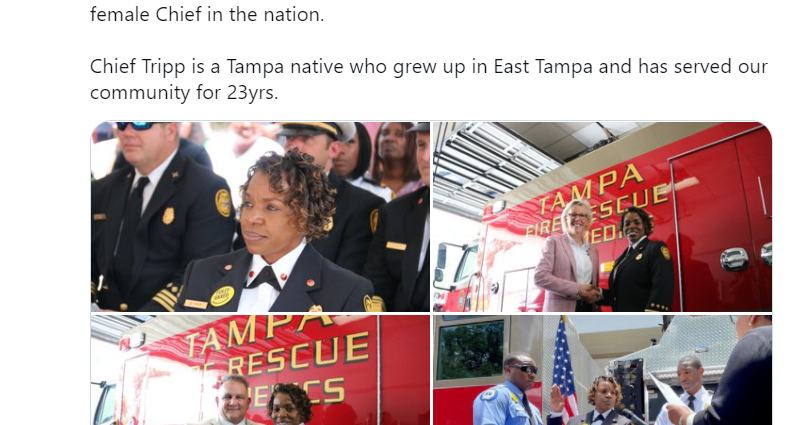 On Friday, Barbara Tripp, a 23-year fire rescue veteran, was sworn in as the 22nd Fire Chief in Tampa history. 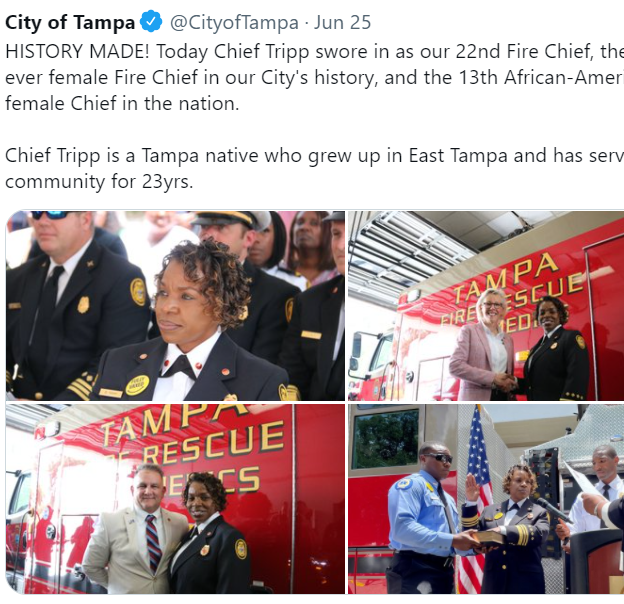 The Tampa native is the first-ever female Fire Chief in Tampa’s history, and the 13th African-American female Chief in the nation.

Tampa City Council members confirmed the mayor’s appointment in a 6-0 vote on June 24.

Soon after the swearing in, a crew of 72 members of Urban Task Force 3, which includes special operations forces within Tampa Fire Rescue, traveled to Surfside, Florida to assist in the search for bodies after a 12-story apartment building collapsed Thursday. They will be deployed for seven days. 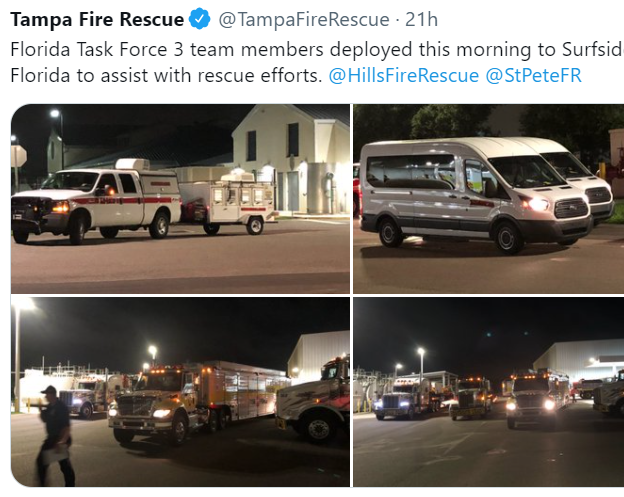