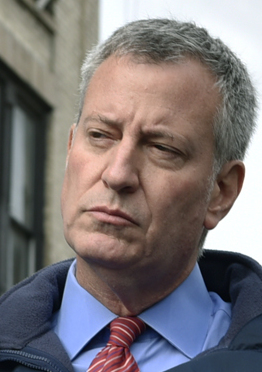 New York City Mayor Bill de Blasio has proposed to to the State of New York the shutdown of non-essential businesses, including public and private schools, in nine New York City zip codes where COVID-19 rates have remained over 3% for the past seven days. This plan, which will begin on Wednesday, October 7th, also includes closing down high-risk activities in 11 additional New York City zip codes of concern.

“New Yorkers have worked hard to fight back COVID-19, and we don’t make this recommendation lightly. But science guides our decision-making in this city – and we go where the facts take us,” said Mayor Bill de Blasio.

de Blasio continued, “So, the plan is to rewind in these nine ZIP codes – to rewind, to go back to address the problem by using the tools that we know work, which is to ensure that non-essential businesses are not open and a variety of activities are not happening. Again, no joy in saying that, but, that, unfortunately, we do know is what is necessary to stop the spread of the coronavirus.

The proposal also includes actions in ZIP codes where rates have remained between two and three percent. In these neighborhoods, high-risk activities – like indoor dining, gyms, and indoor and outdoor pools – will be closed starting on Wednesday, October 7th.

“Now, I want to emphasize, none of this is easy. It’s difficult. It’s challenging. It will require sacrifice. We’re talking about the people who have been through so much, businesses that have struggled to survive. This will not be easy at all for families who depend on their livelihoods. But it’s something that we believe is necessary to keep this city from going backwards towards where we were months ago”, de Blasio said.

2020-10-05
Previous Post: Face masks: Study shows it’s unlikely to cause over-exposure to CO2
Next Post: Florida: Trinity Father and Son charged for transporting a Croatia minor into the country to engage in sexual activity