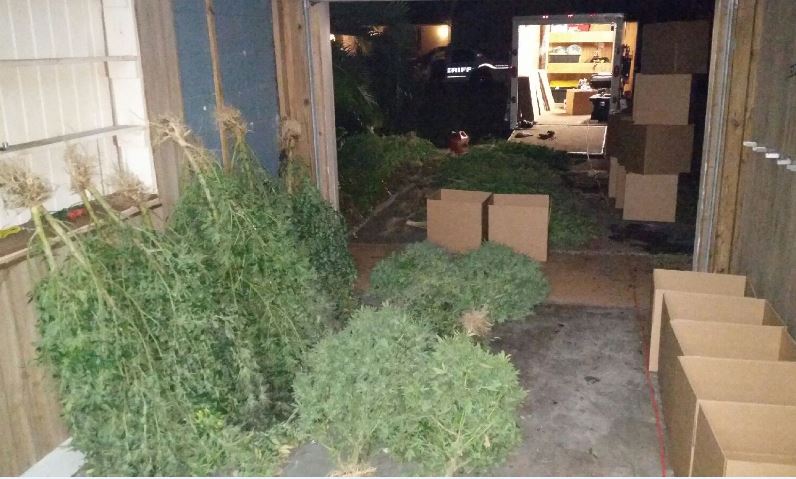 Hillsborough County Sheriffs (HCSO) deputies responded to the scene of a residential fire at 906 Homewood Drive in Brandon Sunday.

When deputies arrived, the home was partially engulfed in flames and Hillsborough County Fire Rescue personnel were on scene extinguishing the fire. While inside the home, firefighters discovered two rooms converted for growing marijuana and multiple marijuana plants in soil filled pots.

HCSO detectives executed a search warrant and recovered high sodium vapor lights, ballasts, fans and 31 mature marijuana plants inside the residence. Tampa Electric Company (TECO) responded to the scene and discovered an illegal electrical connection providing un-metered electricity to the residence. The estimated theft of electricity was over $8,745 dollars. The marijuana weighed
approximately 270 pounds which carries a street value of $540,000.

According to Hillsborough County Fire Investigator Brett Vaughan, the illegal electrical tap was the cause of the fire in this residential neighborhood.

This is the 16th marijuana grow operation that has been eradicated in 2016.