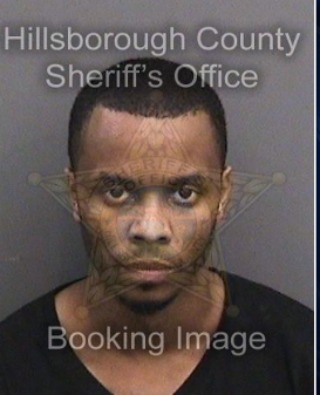 Brandon Jackson, 30, has been arrested for holding a 32-year-old woman against her will, according to the Hillsborough County Sheriff’s Office.

“Jackson was discovered hiding in a locked bathroom with a loaded ‘Bryco’ .380 semi automatic pistol nearby. A search of the hotel room produced approximately 190 grams of marijuana,” deputies detailed.

Detectives were investigating prostitution Tuesday at 2:10 p.m. at the La Quinta Inn at 4811 U.S. Hwy 301 North. This led to the discovery of the woman and Jackson.

Jackson is charged with human sex trafficking, false imprisonment, felon in possession of a firearm, possession of more than 20 grams of marijuana and domestic violence battery.

Jackson was convicted of False Imprisonment, a 3rd degree felony, on February 4, 2013, in Orange County.