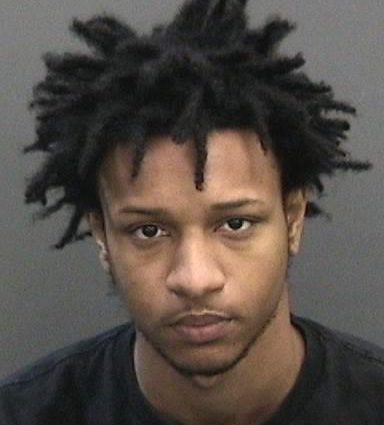 The two suspects from the Brandon shooting late Monday afternoon were identified after details from the undercover police gun purchase made headlines. One man, Jordan Gracia, has been arrested, while the other, Jaycob Riley, is being sought by police.

Chief Deputy Donna Lusczynski said one of their undercover deputies was in the process of buying guns, around 4 p.m., from two suspects outside Westfield Brandon when the suspects pointed their guns at him and attempted to rob him.

As the pair race away from the scene as other deputies moved in to help protect the undercover deputy. As they were leaving, and deputies were trying to arrest them, the suspects fired at least five shots toward deputies.

“Fortunately and most importantly, none of our detectives or citizens were hurt. One subject was pursued and apprehended. The other subject fled and we’re still attempting to locate him,” said Lusczynski.

Garcia, age 19, who has 26 felony charges and 14 misdemeanors, was caught in the parking lot and arrested. Riley, 19, evaded police.

Lusczynski said Westfield Brandon closed early and deputies searched it to ensure the other suspect was not inside.

“We need to wonder why are these individuals with 26 felony convictions out here selling guns in a parking lot in broad daylight,” said Lusczynski, before justifying the police scheme to stage the fake gun transaction.

“As you know we’ve seen an increase in violent crime, particularly crimes involving firearms over the last year. And one way to combat that is to get those firearms off the street,” said Lusczynski. “And one way we do that is through purchasing these firearms from individuals who are selling them to prevent them from getting into the hands of someone who can do more harm. So today we were here conducting a transaction to purchase firearms.”

No deputies nor citizens were hurt during the incident.

Lusczynski that no deputies fired their guns at the suspects.

Gracia is facing a charge of armed robbery, felon in possession of a firearm, and dealing in stolen property. Additional charges are pending.

Riley is facing charges of armed robbery, attempted murder on a law enforcement officer (x5), and felon in possession of a firearm.

Anyone with information on Riley’s whereabouts is urged to contact the Hillsborough County Sheriff’s Office at (813) 247-8200.