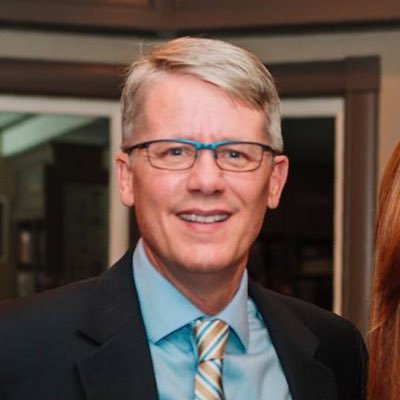 Celebrities join the call for a North Carolina university professor, Mike Adams, to be fired for referring to the state’s governor “Massa Cooper” on Twitter.

Adams, a sociology and criminology professor at University of North Carolina Wilmington, tweeted in late May as he dined with six men at a six-seat table and said he “felt like a free man who was not living in the slave state of North Carolina” before adding “Massa Cooper, let my people go!”

Gov. Roy Cooper had lifted some restrictions on social gatherings in the wake of the coronavirus.
>An online Change.org petition was started to get Adams fired from his job. The post, which called Adams “a thorn in the side” of the school has more than 57,000 signatures, and now, Hollywood has joined the effort.

He was referring to the executive order limiting social gatherings signed by Gov. Roy Cooper during the coronavirus pandemic.

One Tree Hill star Sophia Bush called on fans of the show to take action in Wilmington, where the show was filmed during its nearly nine-year run.

“This feels like another change for Wilmington that the #OTHfam could make some noise about,” she tweeted.
No Bush’s co-star, Hilarie Burton Morgan, added she will be discouraging fans from attending the school “until Adams is removed.”

“We also want UNCW to fire Mike Adams. His harassment+hostility toward women and POC is unconscionable. A large number of OTH fans who visit the to see filming locations return to #ilm for school. We will be actively discouraging them from attending @uncw  until Adams is removed.”

Previously, Adams told those writing to the school for his firing to also leave him their mailing address so he can send them “a box of panty liners.”

When you write the university asking them to fire me don’t forget to leave a mailing address so I can send you a box of panty liners.

Adams has been boycotted before.

In 2018, faculty members at the University of Montana opposed a visit by the Wilmington professor to their school, writing in a letter that Adams has “a long record of mocking, demeaning and verbally attacking women, people of color, members of the Islamic faith and the LGBTQ community,” The News & Observer reported.

Adams posted a 2016 article about a student activist under the title “A ‘Queer Muslim’ Jihad,” which called the “queer Muslim social justice warrior” no threat to President Trump, who “lacks the intellectual coherence to form any sort of rational plan – including, but not limited to, killing a presidential candidate.”

The university has released a statement calling the comments “vile” without naming Adams. “No matter how upsetting and distasteful the comments may be, they are expressions of free speech and protected by the First Amendment,” the statement said.

For years Mike Adams has been a thorn in the side of UNC Wilmington. From bullying a student into transferring to an inflammatory Twitter account that contains threats towards minorities and those exercising their first amendment rights. According to the vision of this University’s College of Arts and Science, “We strive to be a premier arts and sciences college and to inspire students as informed citizens to use their education to be dynamic, inclusive, engaged, and empowered for leadership in local, national and global affairs.” By keeping an individual as exclusive and inflammatory as Professor Adams the UNCW College of Arts and Science does not abide by this vision. They cannot claim to champion diversity and  inclusivity with a professor who threatens, belittles, bullies, and acts in an unprofessional manner. His being employed at this university cheapens any and all attempts to stand in solidarity with any minority that has been oppressed in this country. A respected university is a place for learning and sharing of ideas, not threats and harassment. This is a call for Mike Adams to be relieved of his duties as a professor and for the University of North Carolina Wilmington to take a stand against hate, discrimination, and harassment.

#OTH stars continue to shine a spotlight on issues in their old stomping/filming grounds. @HilarieBurton on the petition to change the name of Hugh MacRae Park (he was a leader of the 1898 Massacre of black citizens in Wilmington). https://t.co/ZqZaNY3VpL

We also want UNCW to fire Mike Adams. His harassment+hostility toward women and POC is unconscionable. A large number of OTH fans who visit the to see filming locations return to #ilm for school. We will be actively discouraging them from attending @uncw until Adams is removed.