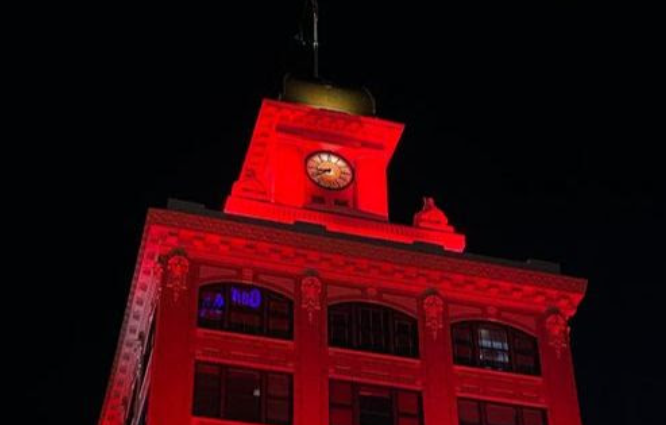 The Tampa Bay Buccaneers are headed to the playoffs and the City of Tampa will light up Old City Hall, Downtown Bridges and the Tampa Riverwalk in red Friday, Saturday and Sunday to support the team ahead of their game against the Philadelphia Eagles on Sunday, January 16.

Mayor Jane Castor officially kicked off the Buc’s playoff season on Thursday afternoon alongside Captain Fear and Brian Ford, Tampa Bay Buccaneers Chief Operating Officer. The group climbed into a Tampa Fire Rescue bucket truck, ascended to the top of City Hall and unfurled the Bucs banner. The Bucs Street Team and cheerleaders also joined in on the celebration.