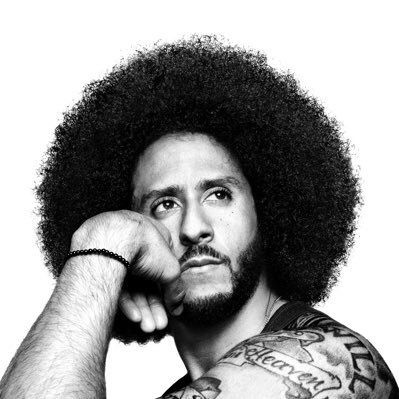 Former NFL quarterback, now social justice activist Colin Kaepernick has fully abandoned his love or tolerance of July 4th, something he had during the Obama administration, to bash the national holiday as a “celebration of white supremacy” and landed a lucrative deal with ESPN/Disney for a first-look deal with The Walt Disney Company and ESPN to produce “scripted and unscripted stories that deal with race, social injustice and the quest for equity,” including a documentary series about his own life.

“Black [people] have been dehumanized, brutalized, criminalized [and] terrorized by America for centuries, [and] are expected to join your commemoration of ‘independence,’ while you enslaved our ancestors,” posted Kaepernick about Saturday. “We reject your celebration of white supremacy [and] look forward to liberation for all.”

Ahead of playing quarterback for the 49ers in 2012, this was his 2011 message: “Happy 4th of july everyone I hope everyone has a blessed day,” he wrote via Twitter.

Variety reported on the ESPN deal.

“Under terms of the pact, announced Monday, Disney and Ra Vision will emphasize scripted and unscripted stories that deal with race, social injustice and the quest for equity, and work to showcase directors and producers of color. Disney said the agreement would extend across its units, including Walt Disney Television, ESPN, Hulu, Pixar and The Undefeated, an ESPN venue that focuses on matters of race in sports. Kaepernick is slated to work closely with The Undefeated, which Disney said would expand its portfolio across the company.”

“I am excited to announce this historic partnership with Disney across all of its platforms to elevate Black and Brown directors, creators, storytellers, and producers, and to inspire the youth with compelling and authentic perspectives,” Kaepernick said in a prepared statement. “I look forward to sharing the docuseries on my life story, in addition to many other culturally impactful projects we are developing.”

Colin has had a singular path as both an athlete and an activist, and, as the nation continues to confront racism and social injustice, it feels particularly relevant to hear Colin’s voice on his evolution and motivations,” said Jimmy Piatro, ESPN’s president.

The agreement with Disney extends Kaepernick’s reach into media and entertainment.

After leaving the National Football League in 2017 after turning down a one-year contract with the 49ers, he signed a multi-year agreement, multi-million dollar contract with Nike. He also recently inked a deal with Netflix for another autobiographical project, “Colin in Black & White,” which, the streaming network says, will “examine Kaepernick’s high school years to illuminate the experiences that shaped his advocacy.”

He was recently named to the board of directors of digital publisher Medium, as part of an agreement that will have him involved with content creation.

Black ppl have been dehumanized, brutalized, criminalized + terrorized by America for centuries, & are expected to join your commemoration of “independence”, while you enslaved our ancestors. We reject your celebration of white supremacy & look forward to liberation for all. ✊🏾 pic.twitter.com/YCD2SYlgv4

Colin Kaepernick REALLY loved America back before he started to REALLY SUCK at football. https://t.co/Y4Y2GWSVwf