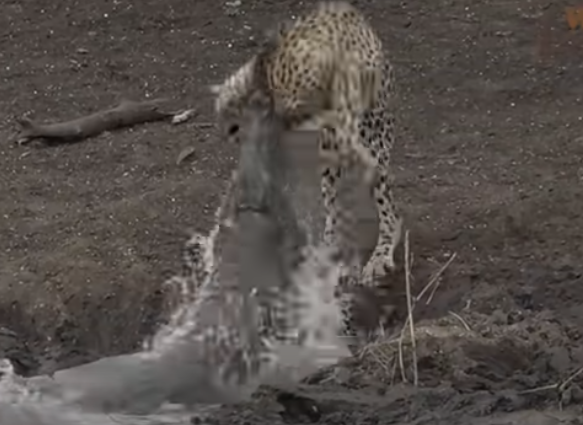 In a video that has gone viral with nearly 12 million views as of today, a cheetah mother and two cubs were spotted near the water and one of the cubs went to get a drink.

Shortly after, a crocodile which was lurking in the water, sprung out of the water to grab the young cheetah and took him under the water.

WildEarth guide Busani Mtshali said in the video, “It is so painful. It is more than the word painful. There is nothing really we can do because the croc was just ambushing the cheetah when the young cheetah cub went down to drink water.”

WATCH below (Not suitable for sensitive viewers):

The video, published on the YouTube channel, Kruger Sightings, notes in the text: Sometimes nature can be harsh and difficult to understand. While we would prefer scenes like this to have happier endings, every animal has its role to play in the ‘circle of life’, even the crocodile.