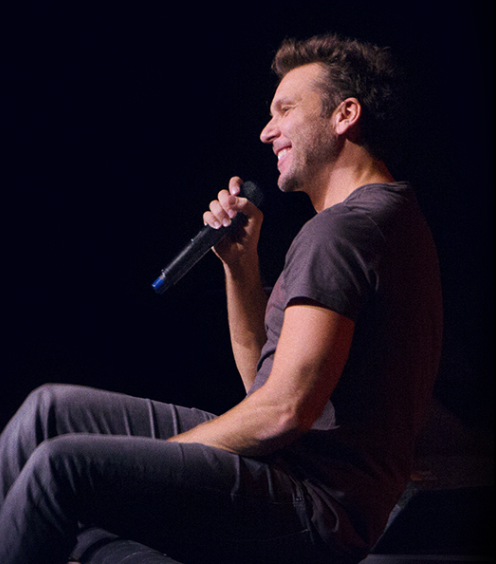 Dane Cook is making his way across the U.S. for his “Tell It Like It Is” tour, one of his first comprehensive tours since 2013. Cook takes the stage at the Duke Energy Center for the Arts – Mahaffey Theater on Friday, November 8th at 7:30pm.

Dane Cook is known as one of the most prolific stand-up comedians and a versatile actor, recognized in significant film and TV projects. He has been featured in numerous Comedy Central and HBO specials and created successful comedy albums, including Harmful If Swallowed; Retaliation; Vicious Circle; Rough Around The Edges: Live From Madison Square Garden; ISolated INcident; and Dane Cook: I Did My Best – Greatest Hits.  Retaliation became the highest charting comedy album in 28 years and went double platinum, earning him a place alongside best-selling comedy veterans. Combining energetic physical comedy, clever wordplay and trenchant observations about human behavior, Cook’s unique brand of stand-up and accessible guy-next-door attitude have galvanized audiences of all ages.