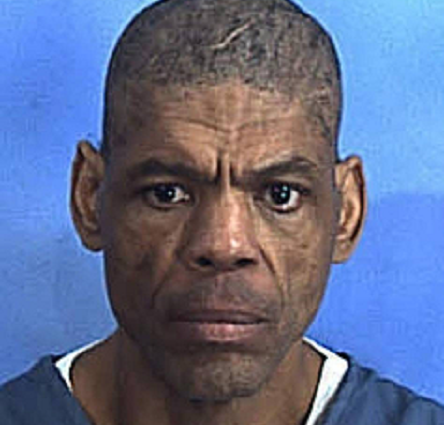 Eights years ago this week, Darren Rainey died after a horrific scene inside a shower room. Ahead of the 2020 election, Miami-Dade State Attorney Katherine Fernandez Rundle is facing new sharp attacks for never charging any of the corrections officers with a crime.

WARNING: HORRIFIC AND SHOCKING PHOTOS AT THE BOTTOM

Rainey’s death at the Dade Correctional Institution on June 23, 2012, stemmed from corrections officers putting Rainey into the shower room and cranked the water up to 180 degrees, burning the man.

Other inmates reported hearing him yell, “Please take me out!” while the guards allegedly laughed and asked Rainey, “Is it hot enough?”

Rainey was kept in there for four hours.

Rainey died inside that shower. He was found crumpled on the floor.

When his body was pulled out, nurses said burns covered 90 percent of his body. A nurse said his body temperature was too high to register with a thermometer.

In 2017, Rundle’s office announced Friday that the four guards will not be charged with a crime.

“The shower was itself neither dangerous nor unsafe,’’ the report says. “The evidence does not show that Rainey’s well-being was grossly disregarded by the correctional staff.’’

Rundle’s decision to clear the officers is largely regarded as one of the biggest stains on her 27-year career as Miami-Dade County’s top prosecutor. Now, as protests mount over the lack of police accountability in America, the Rainey case is receiving renewed attention ahead of Miami-Dade’s August 18 election, in which voters will choose to re-elect Rundle for an eighth term or install her progressive challenger, Melba Pearson, a former prosecutor in Rundle’s office who resigned her post as deputy director of the American Civil Liberties Union of Florida in order to run against her former boss.

“They’re gonna cover this up,” a nurse told Harriet Krzykowski, a psychiatric technician, on the nature of Rainey’s death the morning after the fatal shower.

Krzykowski, the New Yorker reported, ultimately blew the whistle about what had happened and reportedly faced bullying, harassment, and had to seek therapy over abuses suffered by embittered prison staff.

Activist and filmmaker Billy Corben tweeted: ““If @KathyFndzRundle is re-elected, there will be more Darren Raineys. There will be more unarmed, helpless people who will be abused by the system.” So vote Melba Pearson for Miami-Dade State Attorney and help her campaign at http://MelbaForMiami.com

Pearson, who spent 16 years as a Miami-Dade prosecutor, filed paperwork to run against her former boss.

“If @KathyFndzRundle is re-elected, there will be more Darren Raineys. There will be more unarmed, helpless people who will be abused by the system.” So vote Melba Pearson for Miami-Dade State Attorney and help her campaign at https://t.co/oKWnCx81Nh pic.twitter.com/PsMjESFaiy