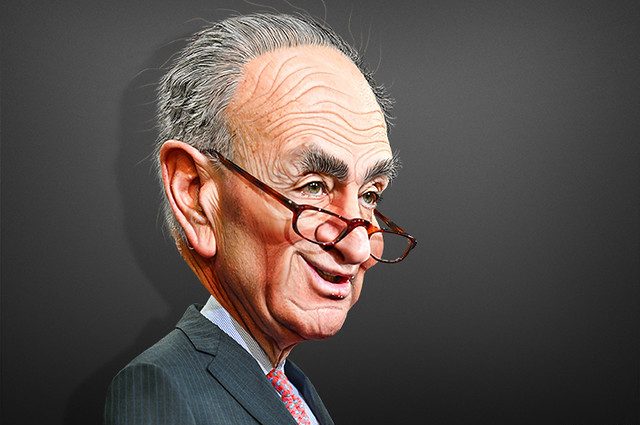 Senate Majority Leader Charles Schumer (D-N.Y.) is pressing for a Senate vote on a legislative filibuster change to commemorate the anniversary of the January 6 riot on the capitol.

Supporters of changing the 60-vote threshold required for most legislation to pass the Senate face hurdles because Democrats need total unity from their 50-member caucus and may be tying voting rights to pull in reluctant senators, such as Joe Manchin (D-WV) and Kysten Sinema (D-AZ).

“Over the coming weeks, the Senate will once again consider how to perfect this union and confront the historic challenges facing our democracy. We hope our Republican colleagues change course and work with us. But if they do not, the Senate will debate and consider changes to Senate rules on or before January 17, Martin Luther King Jr. Day,” Schumer wrote in a letter Monday to Senate Democrats.

Schumer argued that the Senate’s rules had been “hijacked” by Republicans to “guarantee obstruction” and block key Democratic initiatives.

“We must ask ourselves: if the right to vote is the cornerstone of our democracy, then how can we in good conscience allow for a situation in which the Republican Party can debate and pass voter suppression laws at the State level with only a simple majority vote, but not allow the United States Senate to do the same?” Schumer wrote in the letter, adding that the “must adapt” and “must evolve.”

“I was very encouraged by Schumer’s letter …and that the Senate had to, he used the word evolve. Let’s hope that that evolution starts very soon,” House Speaker Nancy Pelosi (D-Calif.) told supporters during a Zoom call on Monday.

“If you can make the Senate work better, the rules are something we’ve changed over the years; 232 years, there’s been rule changes. But there’s never been a change with the filibuster, the rights of the minority,” Manchin said during a recent “Fox News Sunday” interview.

Republicans immediately criticized Schumer’s pledge to force a vote, accusing him of trying to break the Senate in an effort to federalize elections. Sen. Mike Lee (R-Utah) warned that if Schumer was successful it would turn the Senate into a “strictly majoritarian, Lord-of-the-Flies environment.”

“If this rule change were to pass the people of Utah and the United States would suffer immeasurably as the Senate devolves into a strictly majoritarian, Lord-of-the-Flies environment,” Lee said. “Sen. Schumer and his disastrous plan must be stopped.”