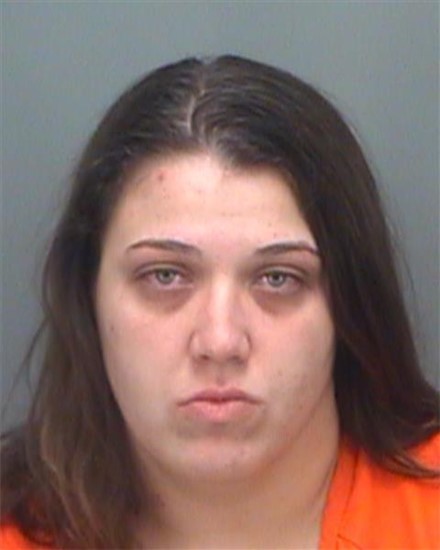 On Sunday evening, Clearwater Police Department officers responded to a single vehicle crash at 26200 US Highway 19 North, where 24-year-old Brittany O’Leary had driven her 2019 Jeep Wrangler off the roadway and into a retention pond.

According to officers, witnesses had to assist O’Leary from her vehicle due to it being almost completely submerged in the water.

During the investigation, officers learned that O’Leary was a Pinellas County Sheriff’s Office Detention Deputy.

Officers noted O’Leary showed signs of impairment by having bloodshot and watery eyes, an unsteady balance, slurred speech, and a distinct odor of an alcoholic beverage coming from her. O’Leary agreed to perform Field Sobriety Tests, but performed poorly on them.

Officers say that O’Leary submitted to a breath sample which indicated she had a BrAC of .153/.158.

O’Leary was arrested and charged with one count of Driving Under the Influence and cited for DUI with BAC of .15 or higher and Careless Driving. She was transported to the Pinellas County Jail without incident.

O’Leary was hired by the Pinellas County Sheriff’s Office, on October 30, 2017. She worked as a Detention Deputy in the Department of Detention and Corrections.