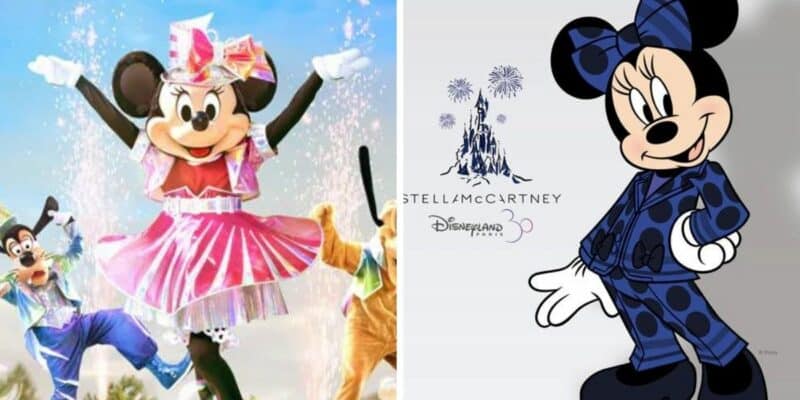 “And we’re thrilled to announce the First Ultrachic Pantsuit for Minnie Mouse at Disneyland Paris, designed by Stella McCartney herself. In honor of Women’s History Month, starting on March 6, 2022, find Minnie Mouse at Walt Disney Studios Park as she rocks a new take on her signature polka dots. As part of International Women’s Rights Day, Stella McCartney will market a unique Minnie Mouse t-shirt exclusively available online and in Stella stores on March 8, 2022. Starting spring 2022, a limited-edition product line inspired by the cult movie Fantasia will be also launched by Stella McCartney.

McCartney, the 50-year-old British designer and daughter of Beatles legend Paul McCartney spoke to D23, the official Disney fan club, about change, stating that she’s “delighted” about the opportunity.

“Minnie has always had a special place in my heart,” McCartney said. “We share the same values. What I love about Minnie is the fact that she embodies happiness, self-expression, authenticity, and that she inspires people of all ages around the world. Plus, she has such great style!”

“This new take on her signature polka dots makes Minnie Mouse a symbol of progress for a new generation,” she explained. “She will wear it in honor of Women’s History Month in March 2022. I can’t wait for you to see this new look at Walt Disney Studios Park!”

Disneyland Paris also recently joined over 140 organizations and companies in signing the #StOpE charter, which sets specific priority actions to reduce sexism in the workplace.