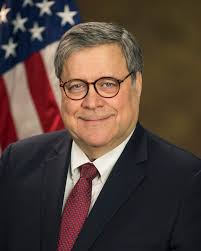 The U.S. Department of Justice filed an amicus brief to the U.S. Supreme Court in support of a Catholic foster care agency because it refuses to compromise its religious beliefs by placing children with same-sex couples. The Supreme Court agreed to review Sharonell Fulton, et al. v. City of Philadelphia and oral argument is expected in the fall.

In March 2018, the city canceled its contracts with Catholic Social Services dues to its religious beliefs about marriage, not long after the city issued an urgent call for 300 families to provide foster care to help care for the flood of children coming into the system due to the opioid crisis. The city then prohibited Catholic Social Services from placing any more children with the families it had already certified, in order to investigate whether the agency had violated the city’s Fair Practices Ordinance, a policy that prohibits “discrimination” on the basis of “sexual orientation” or “gender identity.”

Foster parents licensed through the Catholic Social Services sought an order to require the city to renew its contract, arguing that the city’s decision violated its religious freedom under the Constitution. The Third Circuit Court of Appeals previously denied Catholic Social Services’ request for a preliminary injunction in its lawsuit against the city of Philadelphia.
The Justice Department quoted the 2018 Supreme Court decision in Masterpiece Cakeshop v. Colorado Civil Rights Commission in its brief. “The context of the City’s actions reveals impermissible hostility toward religion. The City’s actions are also unconstitutional because the record shows the City failed to ‘proceed in a manner neutral toward and tolerant of [Catholic Social Services’] religious beliefs,’ as it was ‘obliged [to do] under the Free Exercise Clause.’ The evidence demonstrates the City’s impermissible hostility in numerous ways, and so the decision resulting from that hostility—exclusion of Catholic Social Services from the foster-care program ‘cannot stand.’  Further, the City authorizes some exemptions to its policy it doesn’t offer to religious organizations,” the brief says.
“The City’s action,” the brief says, “burdened Catholic Social Services’ exercise of religion in a manner that the Free Exercise Clause prohibits.”
There are currently 6,000 foster children in the city of Philadelphia and dozens of families licensed to foster through Catholic Social Services who are willing to take in children. However, as a result of the city’s actions, their beds have remained empty for two years.
In Sharonell Fulton, et al. v. City of Philadelphia, several foster parents licensed through Catholic Social Services are plaintiffs, including the late Cecilia Paul, who fostered more than 100 children, and Sharonell Fulton, the lead plaintiff, a single mother who has fostered more than 40 children in 26 years.
Liberty Counsel Founder and Chairman Mat Staver said, “We commend the Department of Justice for protecting vulnerable children in need as well as religious liberty for faith-based organizations. There are children languishing in foster care institutions because the city of Philadelphia’s refusal to protect religious freedom. Faith-based adoption and private foster placement organizations should not have to choose between their deeply-held religious beliefs and their mission to help children and families.”
2020-06-11
Previous Post: Boko Haram Muslim terrorists murder at least 69 Christians in Africa
Next Post: Gov Ron DeSantis reveals plan to open public schools in the fall