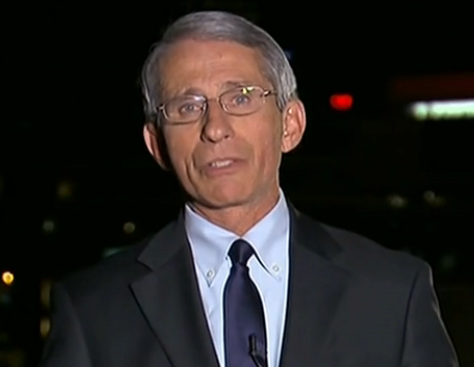 Dr. Anthony Fauci believes that the United States faces a problem of “anti-science bias” and a lack of trust in authority, calling it “inconceivable and not understandable,” just days after Fauci himself confessed to lying about masks, the benefits and talking points at the beginning of the pandemic.

“One of the problems we face in the United States is that, unfortunately, there is a combination of an anti-science bias that people are, for reasons that are sometimes … inconceivable and not understandable, they just don’t believe science and they don’t believe authority,” Fauci said during an appearance on the Department of Health and Human Services podcast “Learning Curve” on Wednesday.

“When they see someone up in the White House, which has an air of authority to it, who is talking about science, there are some people who just don’t believe that, and that is unfortunate.

“Science is truth, and if you go by the evidence and by the data, you are speaking the truth,” he said. “And it is amazing sometimes the denial there is. I think the people who believe are people who understand and have trust in someone who has a very, very long track record of always speaking the truth based on evidence.”

Just week earlier, Fauci, speaking to The Street, downplayed the efficacy of face masks in preventing the spread of COVID-19 out of concern that Americans would buy up the available stock and there would be none left for health care workers.

“[We] were concerned the public health community, and many people were saying this, we’re concerned that it was at a time when personal protective equipment, including the N95 masks and the surgical masks, were in very short supply,” Fauci said, referring back to early anti-masking guidelines.

“We wanted to make sure that the people, namely the health care workers, who were brave enough to put themselves in a harm way, to take care of people who you know were infected with the coronavirus and the danger of them getting infected,” Fauci said.

Fauci joined the World Health Organization, which has been largely unreliable on the topic of the virus, by suggesting that masks should not be worn or would in any way hinder the spread of the virus.

From a recent press conference: “Masks are not 100 percent protective. However, they certainly are better than not wearing a mask,” Fauci said. “Both to prevent you, if you happen to be a person who maybe feels well, but has an asymptomatic infection that you don’t even know about, to prevent you from infecting someone else, but also it can protect you a certain degree, not a hundred percent, in protecting you from getting infected from someone who, either is breathing, or coughing, or sneezing, or singing or whatever it is in which the droplets or the aerosols go out. So masks work.”