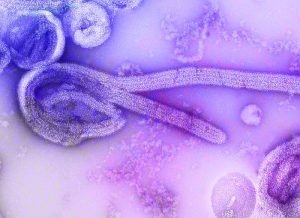 The Ebola virus disease (EVD) outbreak in Équateur Province, Democratic Republic of the Congo (DRC), the 11th outbreak ever reported in the country, that began on June 1 has increased by two cases, according to the latest from the Ministry of Health (computer translated).

To date, five out of 18 health zones and 13 out of 281 health areas in Équateur Province have reported at least one confirmed or probably case of EVD.

The World Health Organization (WHO) says this new outbreak of EVD is evolving rapidly. The continued presence of confirmed cases in the community and the lack of follow-up of contacts is of
grave concern.

The Ministry of Health reminds the public of the hygienic measures recommended against Ebola virus disease:

1. Respect basic hygiene measures, in particular regular hand washing with water and soap or ash;
2. If an acquaintance from an epidemic area comes to visit you and that he is sick, please alert the response teams or the nearby health authorities;
3. If you are identified as a contact with an Ebola patient, agree to be vaccinated and followed for 21 days;
4. If a person dies from Ebola, follow the guidelines for safe and dignified burials. It is simply a mode of burial that respects funeral customs and traditions while protecting the family and the community from contamination by the Ebola virus;
5. For all health professionals, observe hygiene measures in health centers and report any sick person showing symptoms of  Ebola (fever, diarrhea, vomiting, fatigue, anorexia, bleeding;
6. If all citizens respect these health measures recommended by the Ministry of Health, it is possible to quickly end this eleventh (11th) epidemic.