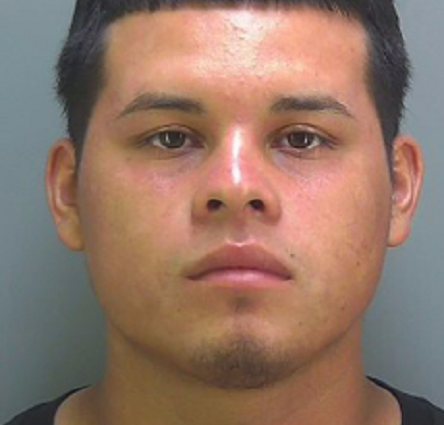 Hernandez, 20, was arrested and charged with negligent homicide and held in the county jail on $500,000 bond

The sheriff’s office detailed that Keen, 30, who was off duty, witnessed a driver driving recklessly, he got into his truck to follow him. When both vehicles came to a stop, Keen approached the man.

“We are deeply saddened by the death of FWC Officer Keen,” Hendry County Sheriff Steven Whidden said. “Our thoughts and prayers are with his family, members of FWC, friends and community. We will do everything we can to bring about justice to those guilty in his shooting death. We all knew Officer Keen, and he wasn’t only our brother in blue-but a role model for the community, he will be missed.”

After the announcement of Keen’s death, many officers expressed their sympathies.

“Time and time again we are unfortunately reminded of what the thin blue line truly stands for, and the death of Florida Fish and Wildlife Officer Julian Keen is another tragic example,” he said. “As law enforcement officers, we are the protectors of our fellow citizens and the barrier between order and chaos. May we never forget the sacrifice Officer Keen made while trying to protect and serve his fellow man. Our hearts are with his family and fellow FWC officers.”

Sumter County Sheriff’s Officer Tweeted: “We wish to offer our condolences to FWC, the family and friends of FWC Officer Julian Keen who lost his life last night. You have our deepest sympathies, prayers for you all.”
Keen, 30, grew up in LaBelle, Florida in Hendry County, according to the Fort Myers News-Press.

“FHP Command Officers are praying and remembering our fallen but NEVER forgotten brother, FWC Officer Julian Keen, who was murdered last night while following his calling to protect and serve others,” the Florida Highway Patrol Command Officers Association posted on Facebook. “He was a genuine officer who would literally give his shirt off his back to ANYONE who needed it.”