In the final season of the ABC series Marvel’s Agents of S.H.I.E.L.D., the team is stranded in New York City circa 1931, working to understand their mission, how to survive and the impact to the past and future of the world.

During an interview with Collider, star Elizabeth Henstridge talked about the journey through seven seasons and hopes for Jemma Simmons and “FitzSimmons.”

“We’ve created a world that is still interesting to people. As actor, we read the scripts, week to week, and were always excited to see what was going to happen next,” Henstridge says of the seven years on S.H.I.E.L.D.

“Personally, I was always surprised. I guess the most surprising thing, for me, about Season 7, was just how creative the writers were. We’ve said it before that we all felt like Season 5 was going to be our last one, so the writers did an amazing job at wrapping everything up. And then, all of a sudden, we were given two bonus rounds. Season 6 was just so fun, but Season 7, knowing it was the last one, it is so nuts and crazy. It’s just the perfect end, I believe. The show is about superheroes and space and time travel. It’s everything that you. But it’s also about these two key people that come together, and who are whip smart and funny and dorky. ”

On that FitzSimmons relationship: she says “Where we see Simmons, at the start of Season 7, is that she doesn’t know where Fitz is. All we know is that she can’t know. So, that at least gives some sort of hope. In typical Agents of S.H.I.E.L.D. fashion, it doesn’t give that much hope, but it’s something. She’s grown a lot, over the seasons, from being just the geeky comic sidekick. At the end of Season 6, we saw her extremely stoic and almost void of warmth, and that’s something that we will come to find out why. Something pretty significant has happened, in however long that gap is that she was separated.”

Phil Coulson (Clark Gregg) may have introduced fans to the Agents of S.H.I.E.L.D. with MCU appearances and then the standalone show, but fans know this is finally coming to a close. So, Henstridge has to answer the big question of the finale: Will fans be happy?

” I loved the ending. People are going to have their own opinions, and that’s wonderful and natural. We almost got to do an alternative ending, after Season 5, and in my mind, it’s absolutely perfect. I don’t want to say too much, but it’s pretty perfect.”

Check out Agents of S.H.I.E.L.D. on Wednesday nights on ABC. 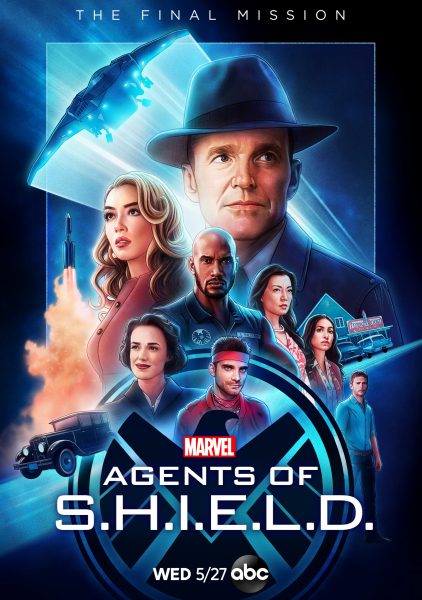