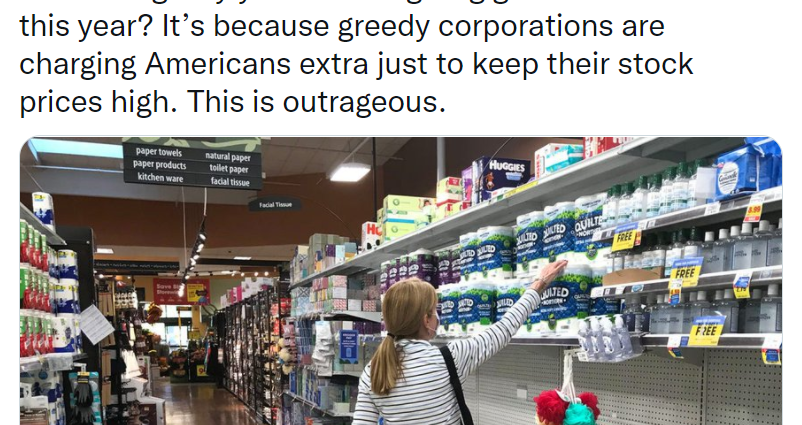 When Massachusetts Senator Elizabeth Warren talks economics, it is sure to be foolish, 100% of the time.

In the days before Thanksgiving, Sen Warren let the following tweets roll off her fingertips: 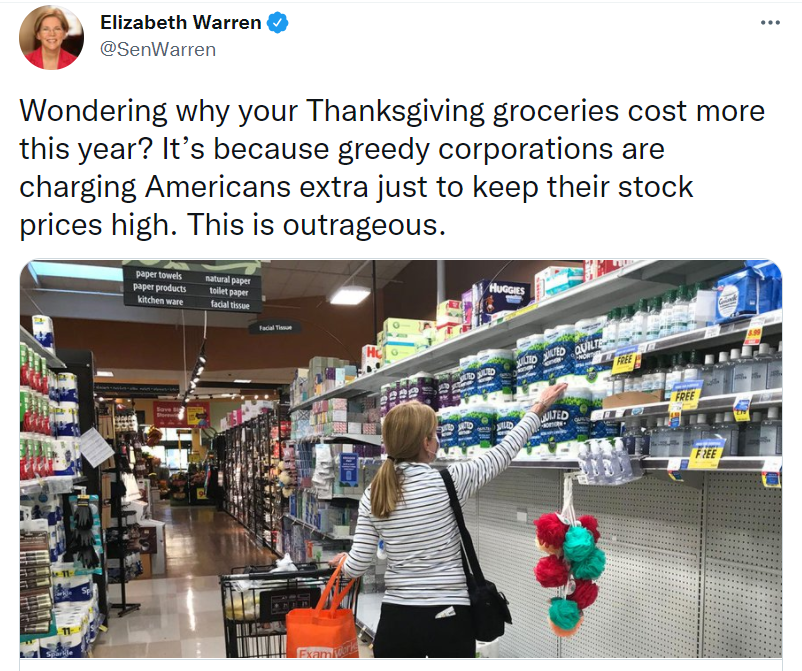 Wondering why your Thanksgiving groceries cost more this year? It’s because greedy corporations are charging Americans extra just to keep their stock prices high. This is outrageous.

Not surprising, Sen Warren has no clue about the causes of inflation and wants to spin it on to private companies. We’ve seen Warren pull this out of her holster before.

Inflation is simply an increase in the supply of money. This increase in the number of dollars in relation to the goods and services that are put up for sale causes people to bid up prices. Thus, a general rise in prices is the effect of inflation. More dollars is the underlying cause of the higher prices.

Why increase the money supply? People like Elizabeth Warren in Congress votes to let the gov­ernment spend more money during the year than it will collect in taxes. Of course, Warren is not alone, but she has some of the most ambitious and expensive government plans.

Just look at a tweet she sent this week: Nearly 90% of student loan borrowers aren’t ready for payments to restart. It’s time for POTUS  to use his existing authority to #CancelStudentDebt. Lifting the burden of debt will help families and jumpstart our economy. It’s the right thing to do.

Yea…it’s the right thing to do…just wrong on so many levels.

So instead of blaming CEOs and companies that actually produce something and employ people, the Senator should take a hard look at herself and the current issue that has been a work in progress for years.

Native American Heritage Day is a time to lift up and honor the cultures & contributions of Native communities in the Commonwealth and across the country. It’s also an opportunity to call on the federal government to fulfill its trust and treaty obligations to tribal nations.