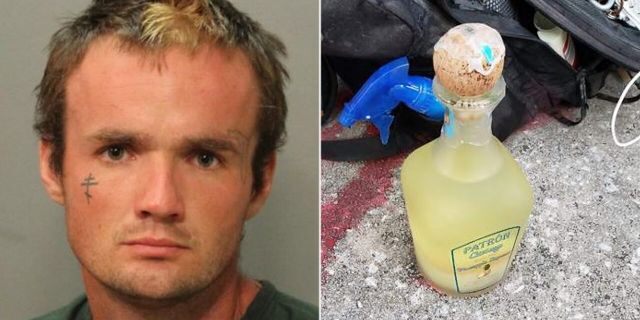 United States Attorney Maria Chapa Lopez announces the filing of a criminal complaint charging Ivan Jacob Zecher (27, Jacksonville) with possessing a firearm as a convicted felon and unlawful possession of an unregistered firearm. If convicted, Zecher faces up to 10 years in federal prison on each count.

“The cooperation and expertise of our local, state, and federal partners in this case has led to a swift arrest without further incident,” said United States Attorney Maria Chapa Lopez. “We will continue to work with our law enforcement and community partners to ensure that the rights of all individuals are protected during these protests and beyond.”

According to the complaint, on May 31, 2020, during a protest in downtown Jacksonville that was related to the death of George Floyd while in police custody in Minneapolis, Minnesota, Zecher was part of a group of protesters blocking traffic and throwing items such as water bottles and rocks at police officers and cars. After refusing orders to disperse, Zecher was arrested by officers from the Jacksonville Sheriff’s Office for unlawful assembly. A

n officer removed Zecher’s backpack to place him in flexcuffs and noticed a liquid leaking from it. A search of the backpack revealed a liquor bottle that smelled strongly of gasoline, a lighter, and a hatchet.  Zecher admitted that he was holding the bottle in his backpack for an associate, and that he knew the bottle contained gasoline. Preliminary analysis by the Bureau of Alcohol, Tobacco, Firearms and Explosives determined that the bottle – which contained gasoline (a flammable liquid) and polystyrene (a flammable gel), and the cork to which was coated with polystyrene – constituted a “Molotov cocktail,” which is an incendiary bomb and destructive device, and therefore considered a firearm under federal law. As a previously convicted felon, he is prohibited from possessing a firearm.

A criminal complaint is merely a formal charge that a defendant has committed one or more violations of federal criminal law, and every defendant is presumed innocent unless, and until, proven guilty.

This case was investigated by the Jacksonville Sheriff’s Office, the FBI-Jacksonville Joint Terrorism Task Force, and the Bureau of Alcohol, Tobacco, Firearms and Explosives. It will be prosecuted by Assistant United States Attorney David B. Mesrobian.

2020-06-09
Previous Post: Unforgiven is a Clint Eastwood highlight, among the Best Westerns EVER
Next Post: Democrats attacked for cultural appropriation, publicity stunt after Kente cloth kneeling