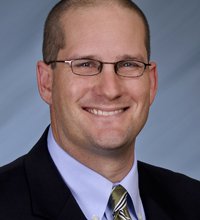 Dr. Andrew Lipman, who practices at Florida Cancer Specialists (FCS) in Bonita Springs and Naples West offices, was a co-author of a research paper evaluating the safety and efficacy of combining three drug agents – bendamustine, bortezomib and rituximab (BBR) – in patients with previously untreated low-grade lymphoma.

Published January 2018 in the British Journal of Haematology, the study focused on a Phase II trial, in which eligible patients had low grade lymphoma with no previous systemic disease treatment. According to the Leukemia Lymphoma Society (LLS), about 40% of non-Hodgkin lymphoma (NHL) are categorized as low grade.

Each of the three agents in this study has shown previous benefit to patients. Bendamustine, a bi-functional anti-neoplastic agent has demonstrated clinical activity in patients with advanced indolent NHL. The monoclonal antibody Rituximab, in combination with standard chemotherapy regimens, has improved response rates and survival when used for indolent NHL and diffuse large B-cell lymphoma. Further, the combination of bendamustine and rituximab (BR) has been shown to be as effective or superior to certain other agents in low-grade and mantle cell lymphoma.

The third drug, Bortezomib, is a reversible 26S proteasome inhibitor that is approved for the treatment of multiple myeloma and mantle cell lymphoma. The study states, “It has been shown to have significant activity in a broad array of patients with NHL… Given this data, the combination of all three agents (bendamustine, bortezomib and rituximab [BBR]) was evaluated in patients with relapsed/refractory indolent NHL and mantle cell lymphoma with promising results.”

According to the study, “The combination of bendamustine, bortezomib and rituximab (BBR) produced deep and durable remissions with an acceptable safety profile in patients with previously untreated, low grade lymphoma. Progression free survival (PFS) was durable at 36 months where 75% of patients have not progressed. The BBR drug combination produced high CR rates which compare favorably to a recent Phase III trial using bendamustine plus rituximab (Flinn et al, 2014).”

The study concluded that because the BBR combination was well-tolerated and “produced high overall and complete response rates in a front-line setting, … this regimen merits further investigation in patients with previously untreated low-grade lymphoma, as well as, potentially, patients with mantle-cell lymphoma.”