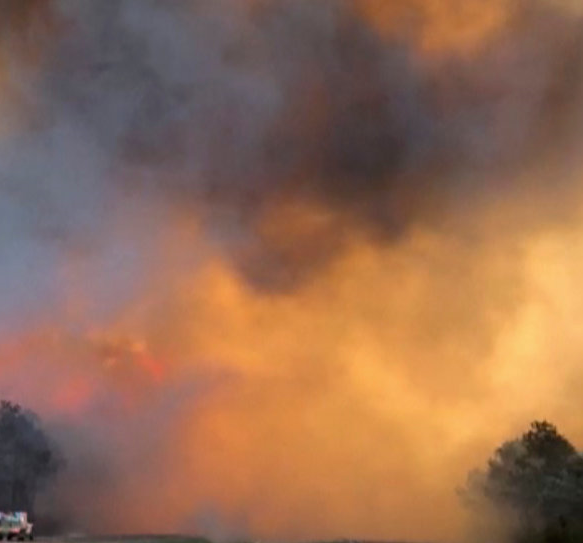 Florida panhandle wildfires rage on without any hope of rain

Official explained firefighters in the Florida Panhandle have been battling wildfires that forced some 1,600 people to evacuate from their homes, and a stretch of Interstate 10 remained closed in both directions Thursday afternoon due to smoke.

Agriculture Commissioner Nikki Fried said in a news conference Thursday afternoon that fire officials are working around the clock to contain the wildfires.

“The threat is far from over and there is no rain forecasted,” Fried said. She asked residents to stay alert and “be ready for a wildfire impacting their neighborhood.”

East of Pensacola, in Santa Rosa County, led to 1,100 evacuations Wednesday, while some residents were allowed to return to their homes as the areas were deemed safe again.

Fried confirmed that the fire began Monday when a control burn by a private contractor got out of control, which led to a “perfect storm for fire”: low humidity and high winds.

“This is an extremely dangerous and fast-moving wildfire situation that is evolving rapidly, so everyone in the affected area should follow directions from state and local officials,” Fried said.

She continued, advising citizens to prepare for evacuation by packing a bag with necessities, like important paperwork and medicine, as  a contingency plan for a rapid evacuation as the firefighters battle the blaze.

Walton County Sheriff Michael Adkinson said during a Wednesday night news conference that those who were asked to leave their home but had no place to go were sent to South Walton High School.

Almost all of Florida has had less-than-usual rainfall this year. National Weather Service meteorologist Jack Cullen told the Tampa Bay Times the dryness helped fuel the fires Wednesday. Cullen, who is based in Mobile, Alabama, said the wind is the real culprit.

“What made this (fire) today was the wind, to go along with the dry conditions and low humidity,” Cullen said of the fire near Pensacola.

Crews from other areas of Florida, including Jacksonville, are assisting firefighters who’ve been working long hours since Monday.