The Florida Department Agriculture and Consumer Services reported on a Eastern Equine Encephalitis (EEE) case in a 4-year-old pony from Columbia County in northern Florida. 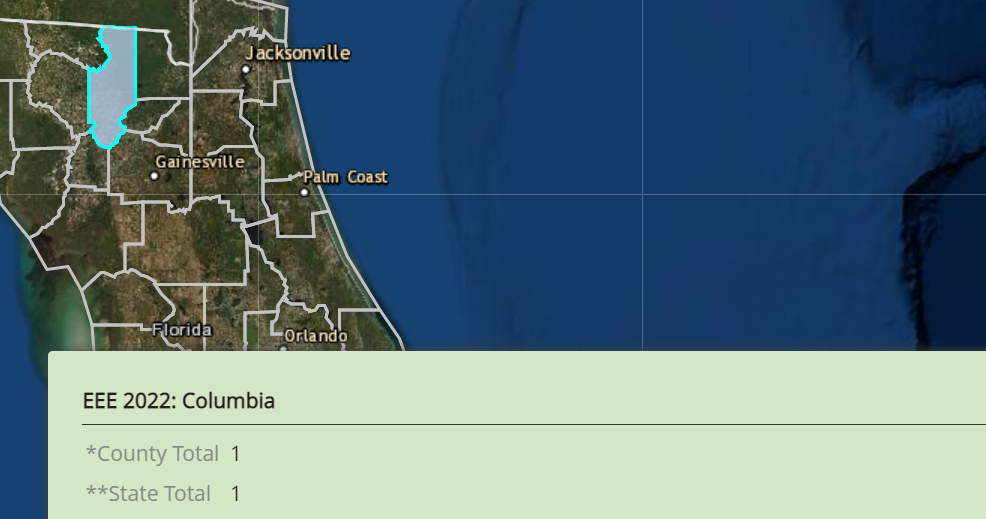 The animal is deceased.

This is the first EEE case reported in Columbia County and in the state of Florida this year.