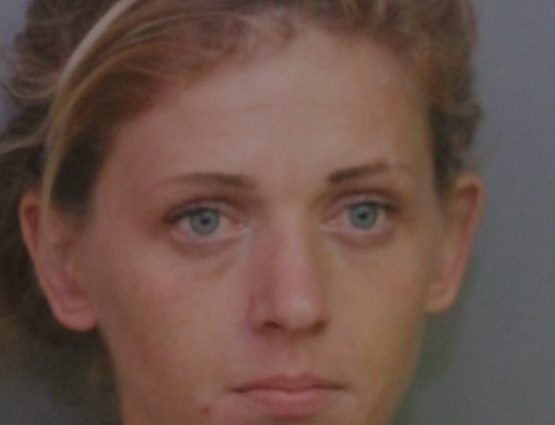 Polk County Sheriff’s Fraud detectives arrested 32-year-old Amanda Brown of Frostproof and charged her with five counts criminal use of personal ID (F2), one count grand theft (F3), one count misrepresentation of proceeds (F3), one count fraud (F3), for fraudulently misrepresenting three homicide victims’ families and collecting over $11,000 from GoFundMe on their behalf.

The following is an excerpt from her affidavit, and it is self-explanatory:

On August 10, 2020, THE VICTIM, contacted the Polk County Sheriff’s Office to report what appeared to be a fraudulent GoFundMe account. I contacted THE VICTIM and she advised on August 5th she received a link via Facebook Messenger that directed her to a GoFundMe account, which listed “Amy Lynn” as the creator of the account. THE VICTIM shared the link to her Facebook page, and asked everyone refrain from making any donation to the account, and to report it as fraudulent. After several people reported the account as fraudulent, the organizer closed the account, and changed the organizer and beneficiary name on the account.

THE VICTIM spoke with other members of the families affected by the incident and confirmed the account was created without authorization. THE VICTIM nor any of the family members know anyone with those names.

THE VICTIM provided me the link to the GoFundMe account. I evaluated the account, which was titled: “Polk County Triple Homicide, Family Expenses”. The account appeared to be deactivated however, $11,915.00 was raised. THE VICTIM, from Frostproof, FL is listed as the organizer and Amie Lynn is listed as the beneficiary.

On August 25, 2020, I obtained information via subpoena from GoFundMe. Upon reviewing the information obtained, I learned the account titled “Polk County Triple Homicide, Family Expenses” was created on July 19, 2020 at 8:22 am. The organizer listed is THE VICTIM, and other names listed are: Amanda Lynn, THE VICTIM, Aimee Mills.

The suspect was positively identified through investigative means as Amanda Brown.

Deputies contacted Nate Packard with GoFundMe Inc. and he advised the institution will refund the fundraiser’s donors for the total sum of $11,505.39, which was the amount raised minus fees by the fundraiser.

On September 23, 2020, deputies made contact with Amanda Brown at the Polk County Sheriff’s Office Frostproof substation. During a Post-Miranda interview, she stated she created the account without authorization, and that she intended to give the funds to the families listed on the account however, once she began receiving the funds, she began spending it for personal use. Amanda Brown also admitted to uploading all the information to the website. She was taken into custody without incident and booked into the Polk County Jail.