YouTuber, G4 host Frosk made headlines for derailing their gaming show to attack fans, call them sexist and exude angry for not being ‘bangable.” Additionally, Adam Sessler kicked off 2022 by new posts sharing his hatred of Republicans on Twitter

Froskurinn spoke out against the sexism she and other women at G4 had experienced since the relaunch during a segment on Xplay dubbed “The Airing of Gaming Grievances.” She admitted her original grievance was going to focus on Red Dead Online, but she decided to use her time to focus on sexism to air her frustration with some of the viewers’ “backlash” over not being as attractive as original G4 hosts Olivia Munn and Morgan Webb.

“In joining G4, I was ecstatic to be part of something I grew up watching as a child. But every time G4 is brought up in various channels, without a doubt there will be backlash because I’m not as “bangable” as the previous host. It has somehow been expected that you can talk about how much you jerked off to women as a compliment. It’s not a compliment, it’s dehumanizing, and it’s weird. Morgan Webb and Olivia Munn did not exist to be nice on the eyes for you. That’s just obvious sexism. You don’t need to declare that you hate women to be sexist. Just check out Thorin’s meltdown for some cliff notes.”

She discussed the review and script process: “Xplay is made by a team of people. There are too many games for one person to shoulder the burden,” Froskurrin continued. “So when we use language like we, or I, that’s the reviewer. That’s coming from the mouth and experience of the person reading the review. That’s not to say that any of us don’t contribute to the reviews, we absolutely do, but it’s in varying degrees. It takes a whole team behind us. That’s why we’re X-Play and not Adam play. We have controlled for the variables. Adam will read the script from the same writer I read the other half from, but I’ll be the one flamed. And yes, that happens to Gerard and TBH, but that doesn’t discount the sexism of it when it happens to me.”

NOTE: Frosk is confessing that she doesn’t play games while reading scripted reviews prepared by other people and her co-workers do the same but are NOT getting attacked like she is; therefore, sexism. — Brandon Jones “POPS”

Froskurinn then attacked the chat: “Both things can be true. That there is a general change that isn’t Adam, and that I’ll receive special flaming. I wish I could turn the camera around and you could see the team that makes X-Play. Half of our staff are women. When you’re in our DMs or on YouTube, or in Twitch chat, thinking that I’m somehow ruining your X-Play experience because you can’t objectify me like Morgan. Or when you think I don’t have the experience to be doing this but can’t quite put your finger on why, even though I’m reading the exact same script as Adam – even though he’s reading the exact same script. You’re letting your unconscious biases ruin my day, and gatekeeping the gaming space.”

In addition to misogynist accusations, Sessler continues to attack Republican.

“Just so I can get it out of my system once for the day: Republicans are stupid, racist, and drink piss.”

In July, Sessler tweeted, “Republicans have a small parabola. They only swing between white nationalism and nazism.”

“Hot damn Republicans are chickens***s,” he tweeted in February 2021.

The month prior: “Until they clean their ranks, Republicans are a terrorist organization. They are nazis with no fashion designer helping them” and a few hours later he tweeted, “Republicans are nazis. They are a cancer. F*** them all.”

In December 2020, the G4 host tweeted, “In this season of peace and reverence for the sky demon republicans and their voters can still go f*** themselves out of existence.”

Two days later he wrote, “As I said yesterday, all the republicans in my family can eat s**t and die while i sip something bubbly.”

He would also describe Republicans as a “f***ing disease” back in November 2020.

NOTE #2: Frosk – “You’re letting your unconscious biases ruin my day, and gatekeeping the gaming space.” – This comment is symbolic of the extreme narcissism associated with this generation. Thin skin and insecure were too simplistic of adjectives to describe this insane response — POPS 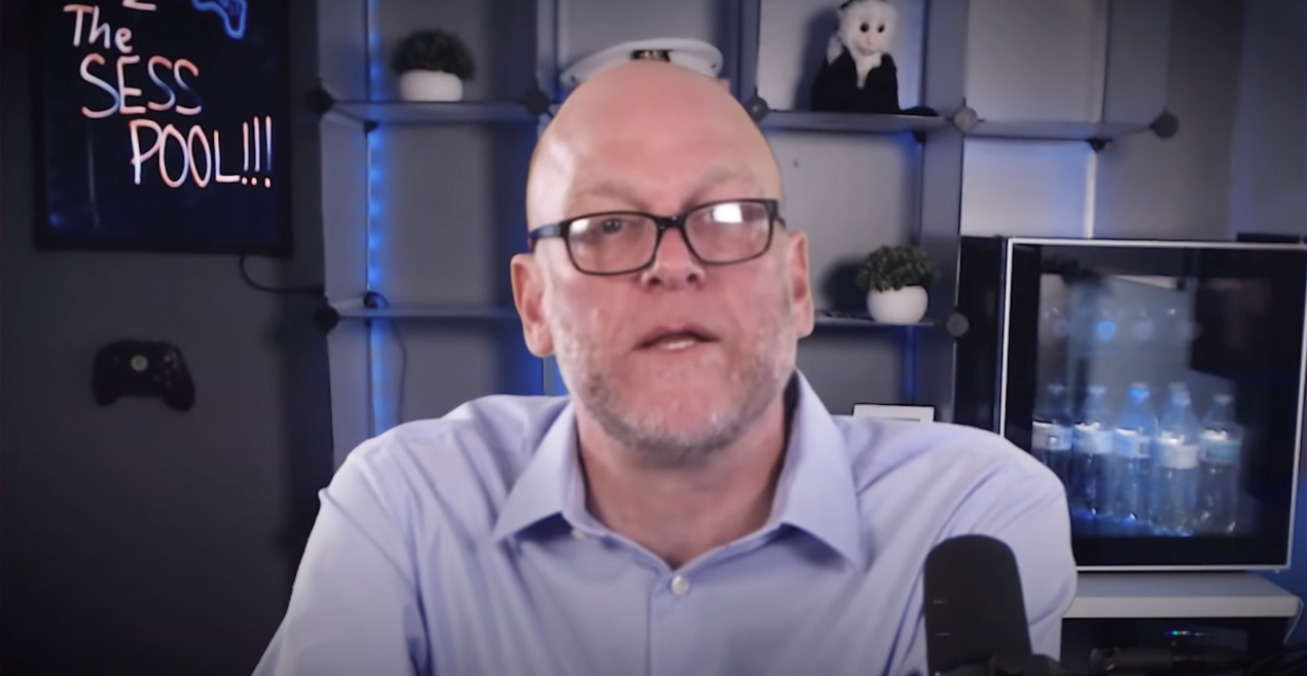