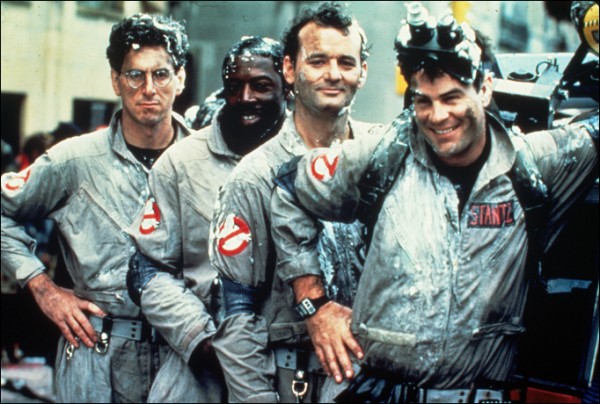 ‘Ghostbusters’ in theaters for 30th anniversary

Tickets are now available for audiences to revisit “Ghostbusters” (1984) in select U.S. cinemas on Wednesday, June 8 – the anniversary of the original release date – and Sunday, June 12 at 2:00 p.m. and 7:00 p.m. local time (both dates). The classic film is being re-released in anticipation of the worldwide release of “Ghostbusters” (2016), starring Melissa McCarthy, Kristen Wiig, Kate McKinnon, Leslie Jones and Chris Hemsworth in theaters July 15. These special screenings of the original film include an exclusive sneak peek of the highly-anticipated new “Ghostbusters.”

Tickets for “Ghostbusters” (1984) can be purchased online by visiting www.FathomEvents.com or at participating theater box offices. Fans throughout the U.S. will be able to enjoy the event in more than 830 movie theaters through Fathom’s Digital Broadcast Network.

After a team of underdog scientists (Harold Ramis, Dan Aykroyd, Bill Murray) lose their cushy positions at a university in New York City, they decide to set out on their own and become “ghostbusters,” waging a high-tech battle with supernatural spirits taking up residency in New York City. In their paranormal investigations, they stumble upon a gateway to another dimension – a doorway that will release evil upon the city – and the ghostbusters must now save the Big Apple from complete destruction. Released in 1984, the original “Ghostbusters” was directed and produced by Ivan Reitman, written by Aykroyd and Ramis, and starred Bill Murray, Dan Aykroyd, Sigourney Weaver, Harold Ramis, Rick Moranis and Ernie Hudson. Following these special screenings, the classic “Ghostbusters” will go back into the vault until the release of the new film.

“Before the new ‘Ghostbusters’ hits theaters, there’s no better way to get excited than by seeing the original back in its home on the big screen,” Fathom Events Vice President of Studio Relations Tom Lucas said. “Fathom Events is bringing this classic re-release to audiences all across the country, and we are thrilled for fans new and old to see it in its original glory with special added content.”