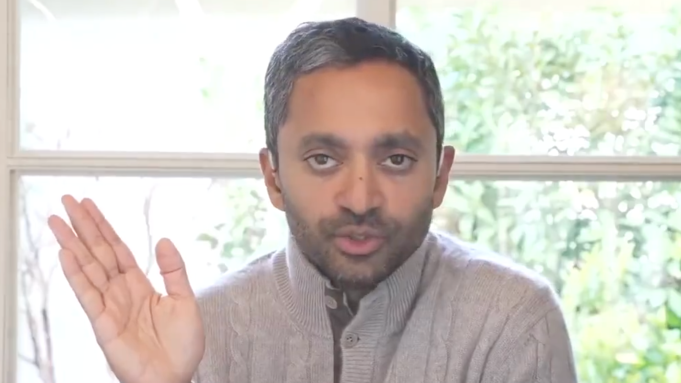 The Golden State Warriors billionaire owner Chamath Palihapitiya claimed Saturday that “nobody cares” about the Uyghur genocide in China on a Saturday podcast.

Palihapitiya, 45, said “Nobody cares about the Uyghurs,” claiming that he cares about many things, including inflation, American health care infrastructure and climate change, but not the genocide of Muslim Uyghurs.

“Nobody cares about what’s happening to the Uyghurs, okay. You bring it up because you really care, and I think it’s nice that you really care, the rest of us don’t care,” said Palihapitiya, who is also on the board of Virgin Galactic. “I’m just telling you a very hard, ugly truth. Of all the things I care about, yes, it’s below my line.”

The podcast co-host David Sacks attempted to clear the air by arguing that people care, just not as much as other issues. Palihapitiya doubled down.

“If you’re asking me do I care about a segment of a class of people in another country? Not until we can take care of ourselves will I prioritize them over us,” he said.

Palihapitiya said the United States should “take care of our own backyard” before pointing the finger at other countries, citing ongoing issues in criminal justice. He went on to describe human rights on a global scale as a “luxury belief.”

“To talk about what we have here that we need to fix, and compare it to that … these two things are not morally comparable, they are very far,” co-host Jason Calacanis fired back.

The full video clip is below.

The Warriors public relations department was quick to distance themselves from the “minority owner”: “As a limited investor who has no day-to-day operating functions with the Warriors, Mr. Palihapitiya does not speak on behalf of our franchise, and his views certainly don’t reflect those of our organization,” their statement read.

As the backlash mounted and the soundbite went viral, Palihapitiya attempted to soften his words.

“In re-listening to this week’s podcast, I recognize that I come across as lacking empathy. I acknowledge that entirely,” he wrote. “As a refugee, my family fled a country with its own set of human rights issues so this is something that is very much a part of my lived experience. To be clear, my belief is that human rights matter, whether in China, the United States, or elsewhere. Full stop.”

Palihapitiya’s comments reignited criticism of the NBA’s relationship with China, the hypocrisy of kneeling and calling for improvements in human rights while ignoring the Uyghur genocide and concentration camps.

Texas Sen. Ted Cruz called out the NBA for failing to take a stance on issues that could affect the league’s bottom line.

“NBA takes a bold stance: – slavery doesn’t matter. – concentration camps don’t matter – torture & murder doesn’t matter “We don’t care.” ALL that matters to them is more $$ from CCP so NBA millionaires & billionaires can get even richer. #Shameful”