“It was much more comprehensive, many more gremlins than there were in the first movie,” Dante told Yahoo Entertainment during a 2015 Director’s Reel interview. “[We had] more money for special effects.”

Dante credits make-up and effects expect Rick Baker for some the strange creations.

“We had a flying gremlin. And we had all sorts of stuff that we couldn’t possibly have afforded to do in the other movie. And it’s a pretty crazy, manic movie. And one of my favorites.

“Rick Baker didn’t want to come on if he had to redo [original creator] Chris Walas’s gremlins because what’s in it for him? And so to induce him, we changed the story so that there was a genetics lab run by Christopher Lee,” Dante says of the plot, which centered around Gizmo (voiced by Howie Mandel) once again spawning dangerous creatures in Manhattan.

Regarding the late Christopher Lee as the mad scientist Dr. Catheter: ““When Chris came in, he had an idea that he wanted to play it wacky. And he wanted to have long hair, and he wanted to look like his character in The Gorgon, with the big mustache.

“And I took him down to the set and I said, you know this is pretty austere. I need the formidable, forbidding Christopher Lee in order to be able to make fun of that. And then he got it right away, and then he played it that way.” 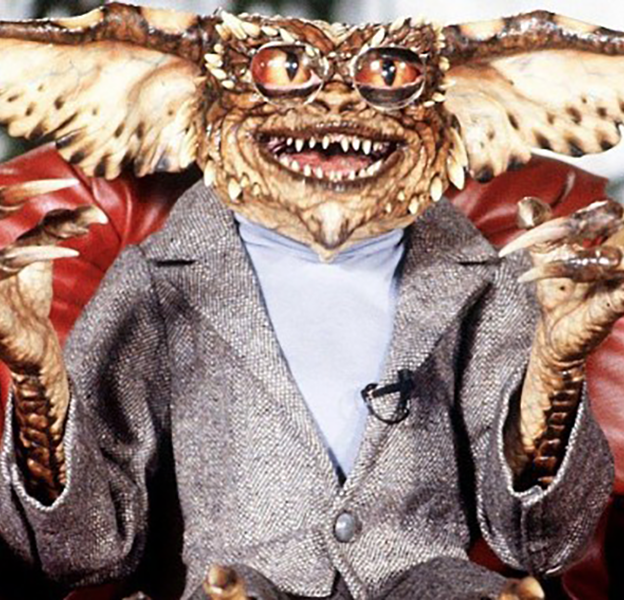