As production resumes on Avatar 2 in New Zealand, one member of the cast is debuking his inclusion on the  IMDb cast list for the sequel: David Thewlis.

While discussing his latest project, the National Geographic limited series Barkskins, Thewlis talked about his role in the series of sequels to the blockbuster 2009 film Avatar.

“Well, nothing could be more different than Avatar. It completely doesn’t resemble anything that I’ve ever done,” the Harry Potter star said during an interview with Collider.

“I should be clear, by the way, ‘cause I know that a magazine in Britain has got me in Avatar 2, but I’m not in Avatar 2. I’m going to be in Avatar 3, which was shot at the same time as Avatar 2, and the plan is that I will be in Avatar 4 and 5, as well. I just wanted to clear that up because somebody got that wrong recently.”

Director James Cameron spent years finishing the scripts for all four Avatar sequels, as production right now is only focused on the first two sequels.  Of course, box office success will result in the go-ahead to begin filming Avatar 4 and Avatar 5. 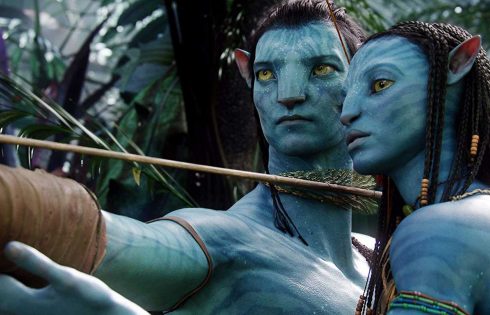 On Cameron, Thewlis talked about the reputation and reality of working for the famous creator.

“I loved working with Jim Cameron. I was a bit nervous ‘cause I’d heard stories that he’s quite a hard task master. I’d heard stories about the filming of Titanic, and that he could be quite difficult. He wasn’t difficult, at all. He was nothing but an absolute pleasure, and I had a great laugh with him. He’s something of a genius. He does everything. He’s an engineer, an artist, a filmmaker, and a writer. He’s just an extraordinary character. I felt very naive. I didn’t really know what I was doing because I’d never shot in that way before. It’s not really like making a film, at all. It doesn’t resemble it, in any way. Everything was completely new to me. I didn’t know what the hell I was doing. There were lots of younger actors on set, who had to tell me what to do next because I felt like an old man. It was a great challenge, and I look forward to doing more of it. Jim Cameron was delightful. I admire him greatly.”

Avatar pioneered the motion capture technology, but Thewlis doesn’t seem to enjoy it, describing it as “bizarre.”

“Yeah. It’s the complete opposite. People told me, ‘Oh, you’re going to love it. It’s like doing theater.’ It’s not like doing theater. It’s not like doing film, either. Motion capture is bizarre. You’re in a velcro suit all day, with a camera right in your face, all day, every day. If you sit down for too long, you have to be re-calibrated. And if you touch anyone else, you get stuck to them ‘cause you’re all made of velcro. It’s fairly uncomfortable. You don’t know what’s going on or where you are, and it’s baffling. But therefore, it’s novel and super interesting because you’re never bored. It’s quite a thing.”