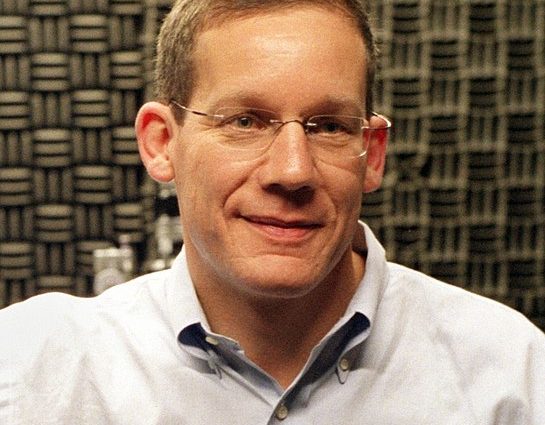 A grand jury indicted Harvard professor and chemist Charles Lieber for lies to government officials over links to China, the CCP (Chinese Communist Party) and the Wuhan coronavirus.

Lieber had a relationship with the Wuhan University of Technology while also chairing Harvard University’s Department of Chemistry.

Defense Department investigators inquired Lieber about his relationship with WUT, he lied, lying also Harvard, causing the university to share bad information about his affiliation with the National Institutes of Health.

Lieber received $15 million in grant funding from both DoD and NIH while participating in China’s Thousand Talents Plan and denying his involvement., as well as receiving money from China.

The charging documents say he actually was a participant, according to the DOJ press release, announcing the charges against Lieber, noting that the Thousand Talents and other similar programs “reward individuals for stealing proprietary information” and exist to further China’s national security.

From the DOJ: “Dr. Charles Lieber, 60, Chair of the Department of Chemistry and Chemical Biology at Harvard University, was arrested this morning and charged by criminal complaint with one count of making a materially false, fictitious and fraudulent statement.  Lieber will appear this afternoon before Magistrate Judge Marianne B. Bowler in federal court in Boston, Massachusetts.

“Yanqing Ye, 29, a Chinese national, was charged in an indictment today with one count each of visa fraud, making false statements, acting as an agent of a foreign government and conspiracy. Ye is currently in China.

“Zaosong Zheng, 30, a Chinese national, was arrested on Dec. 10, 2019, at Boston’s Logan International Airport and charged by criminal complaint with attempting to smuggle 21 vials of biological research to China.  On Jan. 21, 2020, Zheng was indicted on one count of smuggling goods from the United States and one count of making false, fictitious or fraudulent statements.  He has been detained since Dec. 30, 2019.”

“The government has this wrong,” said his trial counsel, Marc Mukasey. “Professor Lieber has dedicated his life to science and to his students. Not money, not fame, just his science and his students. He is the victim in this case, not the perpetrator. But he’s also a fighter — he always has been — so we’re not taking this lying down. We’re fighting back. And when justice is done, Charlie’s good name will be restored and the scientific community again will be able to benefit from his intellect and passion.”

Andrew Lelling, the U.S. attorney supervising the Lieber prosecution, said his office has worked to build closer relationships within academia.

“You get leads sometimes from the universities themselves, if they have a good working relationship with us and with the FBI,” he said at the time. “A big component of the China Initiative is outreach.”

According to court documents, since 2008, Dr. Lieber who has served as the Principal Investigator of the Lieber Research Group at Harvard University, which specialized in the area of nanoscience, has received more than $15,000,000 in grant funding from the National Institutes of Health (NIH) and Department of Defense (DOD).  These grants require the disclosure of significant foreign financial conflicts of interest, including financial support from foreign governments or foreign entities. Unbeknownst to Harvard University beginning in 2011, Lieber became a “Strategic Scientist” at Wuhan University of Technology (WUT) in China and was a contractual participant in China’s Thousand Talents Plan from in or about 2012 to 2017.  China’s Thousand Talents Plan is one of the most prominent Chinese Talent recruit plans that are designed to attract, recruit, and cultivate high-level scientific talent in furtherance of China’s scientific development, economic prosperity and national security.  These talent programs seek to lure Chinese overseas talent and foreign experts to bring their knowledge and experience to China and reward individuals for stealing proprietary information.  Under the terms of Lieber’s three-year Thousand Talents contract, WUT paid Lieber $50,000 USD per month, living expenses of up to 1,000,000 Chinese Yuan (approximately $158,000 USD at the time) and awarded him more than $1.5 million to establish a research lab at WUT.  In return, Lieber was obligated to work for WUT “not less than nine months a year” by “declaring international cooperation projects, cultivating young teachers and Ph.D. students, organizing international conference[s], applying for patents and publishing articles in the name of” WUT.

The complaint alleges that in 2018 and 2019, Lieber lied about his involvement in the Thousand Talents Plan and affiliation with WUT.  On or about, April 24, 2018, during an interview with investigators, Lieber stated that he was never asked to participate in the Thousand Talents Program, but he “wasn’t sure” how China categorized him.  In November 2018, NIH inquired of Harvard whether Lieber had failed to disclose his then-suspected relationship with WUT and China’s Thousand Talents Plan.  Lieber caused Harvard to falsely tell NIH that Lieber “had no formal association with WUT” after 2012, that “WUT continued to falsely exaggerate” his involvement with WUT in subsequent years, and that Lieber “is not and has never been a participant in” China’s Thousand Talents Plan.

According to the indictment, Ye is a Lieutenant of the People’s Liberation Army (PLA), the armed forces of the People’s Republic of China and member of the Chinese Communist Party (CCP).  On her J-1 visa application, Ye falsely identified herself as a “student” and lied about her ongoing military service at the National University of Defense Technology (NUDT), a top military academy directed by the CCP.  It is further alleged that while studying at Boston University’s (BU) Department of Physics, Chemistry and Biomedical Engineering from October 2017 to April 2019, Ye continued to work as a PLA Lieutenant completing numerous assignments from PLA officers such as conducting research, assessing U.S. military websites and sending U.S. documents and information to China.

According to court documents, on April 20, 2019, federal officers interviewed Ye at Boston’s Logan International Airport. During the interview, it is alleged that Ye falsely claimed that she had minimal contact with two NUDT professors who were high-ranking PLA officers.  However, a search of Ye’s electronic devices demonstrated that at the direction of one NUDT professor, who was a PLA Colonel, Ye had accessed U.S. military websites, researched U.S. military projects and compiled information for the PLA on two U.S. scientists with expertise in robotics and computer science.  Furthermore, a review of a WeChat conversation revealed that Ye and the other PLA official from NUDT were collaborating on a research paper about a risk assessment model designed to decipher data for military applications.  During the interview, Ye admitted that she held the rank of Lieutenant in the PLA and admitted she was a member of the CCP.

In August 2018, Zheng entered the United States on a J-1 visa and conducted cancer-cell research at Beth Israel Deaconess Medical Center in Boston from Sept. 4, 2018, to Dec. 9, 2019. It is alleged that on Dec. 9, 2019, Zheng stole 21 vials of biological research and attempted to smuggle them out of the United States aboard a flight destined for China.  Federal officers at Logan Airport discovered the vials hidden in a sock inside one of Zheng’s bags, and not properly packaged.  It is alleged that initially, Zheng lied to officers about the contents of his luggage, but later admitted he had stolen the vials from a lab at Beth Israel.  Zheng stated that he intended to bring the vials to China to use them to conduct research in his own laboratory and publish the results under his own name.

The details contained in the charging documents are allegations. The defendants are presumed innocent unless and until proven guilty beyond a reasonable doubt in a court of law.

These case are part of the Department of Justice’s China Initiative, which reflects the strategic priority of countering Chinese national security threats and reinforces the President’s overall national security strategy. In addition to identifying and prosecuting those engaged in trade secret theft, hacking and economic espionage, the initiative will increase efforts to protect our critical infrastructure against external threats including foreign direct investment, supply chain threats and the foreign agents seeking to influence the American public and policymakers without proper registration.

2020-06-11
Previous Post: Summer, swimming and the brain-eating amoeba
Next Post: Is excited delirium a factor in George Floyd’s death?