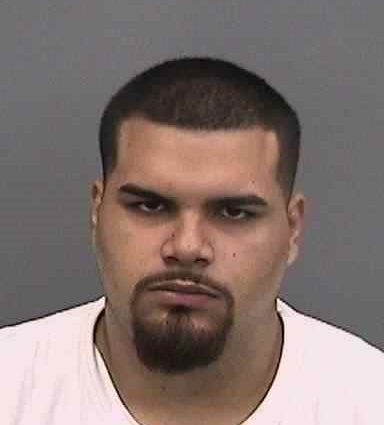 The Hillsborough County Sheriff’s Office is looking for more suspects involved in the shootout at a Brandon apartment complex, naming Luis Monge as the first person arrested.

Monge, 21, was identified by a witness seeing him fire a gun at the complex during the shooting on June 10, around 2:50 p.m.

He was charged with felon in possession of a firearm and discharge of a firearm in public or residential property.

Officials at the Hillsborough County Sheriff’s Office said in a news release as the surveillance video revealed three vehicles are believed to have been involved in the incident at Lakewood Place Apartments, 1701 Lake Chapman Drive: a 2020 Gray Kia Sportage with Florida tag KXBW71, a 2016 Red Honda Accord with no Florida tag and a white Chevrolet Malibu.

That video can be viewed below.

“The suspect and others involved recklessly discharged their firearms, which thankfully, in this case, did not injure an innocent bystander,” said Sheriff Chad Chronister in a news release. “We are asking for the public’s assistance to help identify other people involved in this senseless display of violence.”

No bystanders were injured, the Sheriff’s Office said, and there was no mention of other injuries during the shootings.

Full details on the vehicles at the scene:

If you have any information that can help authorities, call the Hillsborough County Sheriff’s Office at (813) 247-8200.

2020-06-24
Previous Post: Bubba Wallace doubles down on ‘Noose Hoax’ which he never saw personally, ‘I will always have haters’
Next Post: Andrew Cuomo says ripping down historical statues is ‘a healthy expression’ of anger against racism