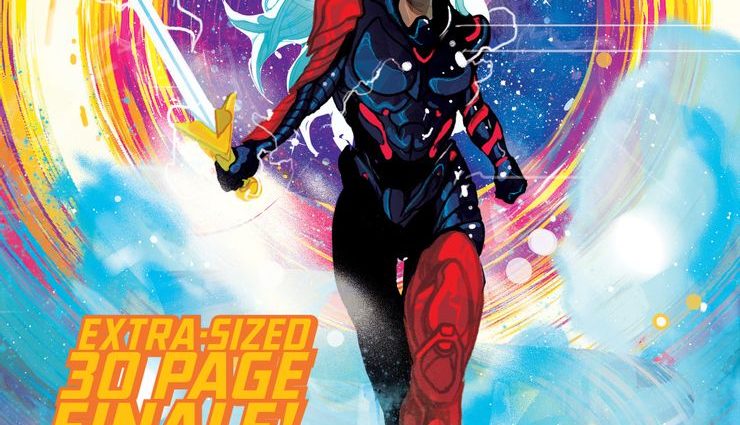 Heavy Metal Magazine first shared the cover to Instagram to promote an interview with Stephanie Phillips with CBR about the finale and her plans for Taarna and the new armor.

If you are unfamiliar with Taarna, Heavy Metal Magazine’s official description reads, “Taarna is the last living Taarakian, and the guardian of our universe. A hybrid being born of the great warrior Taarnak and a dying universe, Taarna is the personified form of one of the youngest universes in the multiverse.

“With her flying steed, Avis, and armed with her sword, Novera, Taarna travels from world to world protecting the universe from the threat of Kako, the embodiment of evil.”

“Taarna removes all the weeds that threaten the health of her universe, which is a cosmic garden from her point of view,” it concludes. 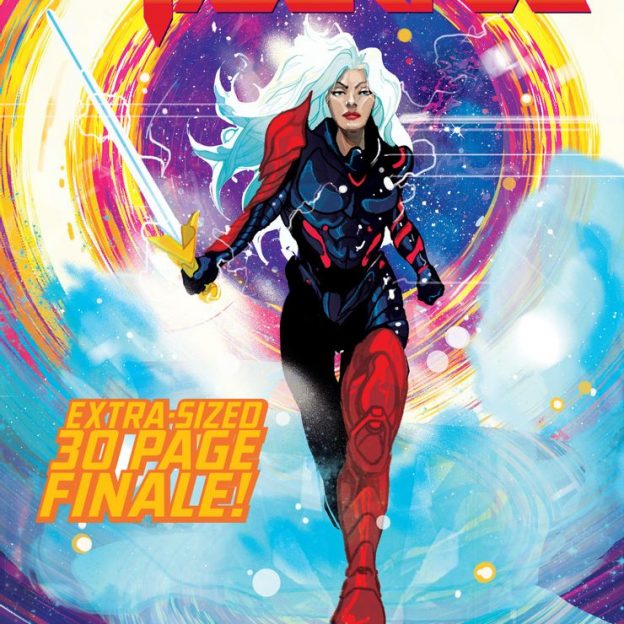 The full armor sparked the outrage, here’s some exchanges, beginning with the magazine’s horrible responses:

Heavy Metal responded, “Most people have more than one outfit it turns out.”

Heavy Metal responded, “Does changing clothes kill people? We had no idea. Do you not change your underwear? This explains so much.”

Another critic wrote, “I’m torn. While I generally despise bikini armor as a whole, I also have a pretty severe disdain for the complete changing of iconic characters and looks. At what point does it become an entirely different character, and where exactly is the ridiculous line for scantily clad heroines?”

Heavy Metal answered, “Have you read the book to understand the context of the outfit or you just masking assumptions? Trust us, read it and you will understand. Also people should change clothes and looks that’s natural.”

“It has come to our attention that some of you are confused that Taarna has the ability to change clothes. so to address this.”

They continued, “We’d like to remind you that you too can change clothes and to please do so, especially your underwear, we’ve gotten complaints from the neighbors.”

Along with this message they also added, “An official statement, relax guys it’s just armor. We know change is scary but you got this. This is Heavy Metal we have always experimented and pushed the envelope because that’s art, it changes grows and evolves. We have and always will push the boundaries of art, storytelling and culture.”

They added, “If you are uncomfortable with change and growth then you will go the way of the dinosaur, instead we encourage you to open your mind and take that ride on Heavy Metal.”

Then came the full rebuke as a fan wrote: “The changes suck. Respect your fans.”

Heavy Metal responded, “no. We don’t want fans like that. We are good. Thank you.”

In response another fan, Heavy Metal wrote, “We did not change it for any political reasons, we did it because it made sense in the story and gave the character a chance to grow. This is all pretty clear if you read the series.”

Another fan wrote, “The NEW people running Heavy Metal must really hate their fans. Why do you hate us?”

Heavy Metal responded, “Think about your question realistically. You are an adult (we assume) would it make sense for a company that works so hard to create and bring new art to hate it’s fans? Or are you just uncomfortable with change and growth? Do you hate us because we’ve grown out of the box and your comfort level. Sit with that. We love our fans but they can either grow up with or stay behind clinging to an idealized past.”

Another example, one person wrote, “No, you relax. Being afraid of a mob of sociopaths, who try to cancel every drop of sexualization is concerning. Yer So called going forward is nothing but a cheap excuse, since new armor’s style is so old fashioned. Moving forward my balls.”

Heavy Metal responded, “no one is afraid here. The change in outfit is part of the story line as an ‘author’ I’m sure you understand that. If you read the series you would know how silly your comment is.”

Why is Heavy Metal denying their woke virtue signals?

Not being able to handle critics and remarks about the changes, insulting fans proves the infantile social justice warriors are ruling the cult magazine…a print magazine, which will now collapse.

There are reports that they put a full block on Twitter to silence their followers, creating even more outrage.

Whoever wrote: “We don’t want fans like that. We are good.” — SHOULD BE FIRED.

Every single response I’ve seen is a passive aggressive attack on the fans, so business strategy is out the window.

RIP Heavy Metal…your end is nigh.