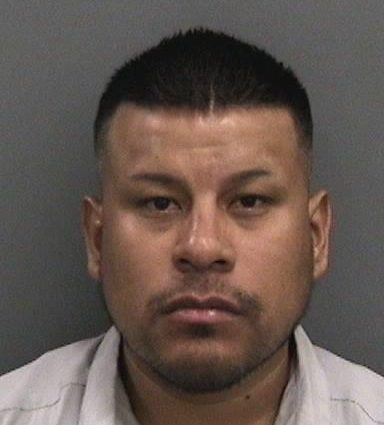 A deputy with the Hillsborough County Sheriff’s Office (HCSO) was arrested Monday morning following an altercation with a Plant City police officer.

According to the HCSO, Deputy Ivan Moreno  encountered a Plant City police officer while sitting in the backyard of a home on the 2000 block of Walden Woods Drive in Plant City a little after midnight.

The officer used the flashlight to illuminate his badge and agency-issued uniform, identifying himself as a Plant City police officer. Moreno advanced towards the officer, bumping shoulders with him and attempting to engage in a physical altercation. According to the officer, Moreno appeared to be intoxicated at the time of the incident. The officer arrested Moreno for battery on a law enforcement officer and resisting an officer without violence.

ORMOND BEACH: JAMES LAPIN INDICTED FOR THREATENING TO KILL A MEMBER OF CONGRESS