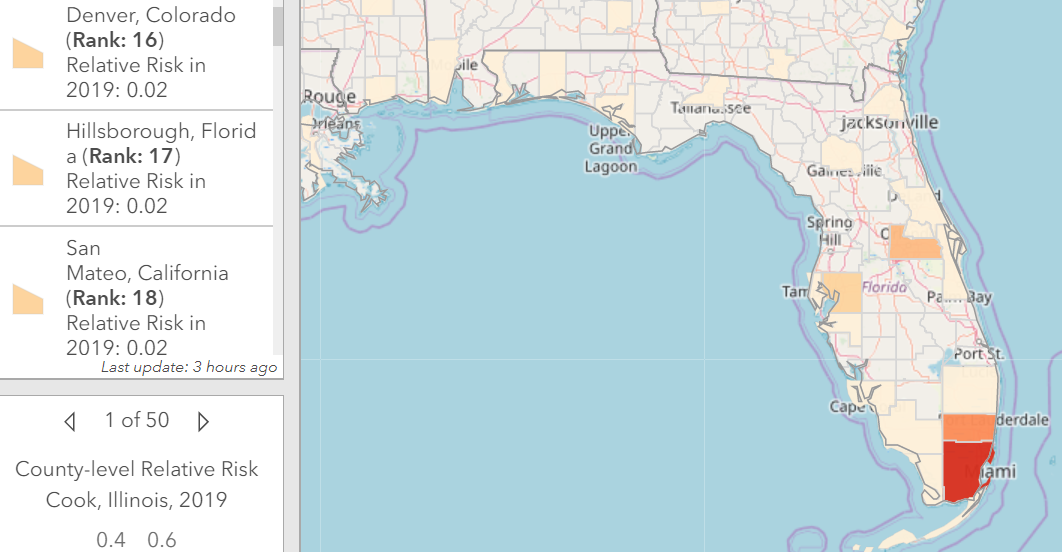 Measles has been a major topic in the media of late as the the Centers for Disease Control and Prevention (CDC) has reported 764 individual confirmed cases of measles in 23 states through May 3.

This is the greatest number of cases reported in the U.S. since 1994 and since measles was declared eliminated in 2000.

New research recently published in the journal, The Lancet Infectious Diseases identifies the 25 counties in the US most at risk for a measles outbreak.

Number 17 on the list is right here in Hillsborough County, according to the analysis by researchers at The University of Texas at Austin and Johns Hopkins University.

The analysis considered an area’s volume of international travel from foreign countries with large measles outbreaks and the prevalence of nonmedical exemptions from childhood vaccinations.

Lead author, Sahotra Sarkar, a philosophy and integrative biology professor at UT Austin and an expert on public health said, “We have long known that vaccine avoidance is a critical public health issue in the U.S. and Europe. Our results show how travel from regions elsewhere compounds this risk.”

Click here to check out our Kindergarten In A Box (Set 1) Flashcard Set!

After 71 cases, four months and $864,679, Vancouver measles outbreak declared over

Researchers warned the most at-risk areas that have yet to report a case are those near international airports, such as Travis County in Texas, Honolulu County, Salt Lake County and multiple counties in Florida. The Study showed that travel from countries such as India, China, Mexico, Japan, Ukraine, Philippines and Thailand appears to pose the greatest measles risk. The U.S. has already seen measles cases imported from Ukraine, Philippines and Thailand.

Cook County, Ill (Chicago), Los Angeles County and Miami-Dade County were ranked as the top three counties most at risk.