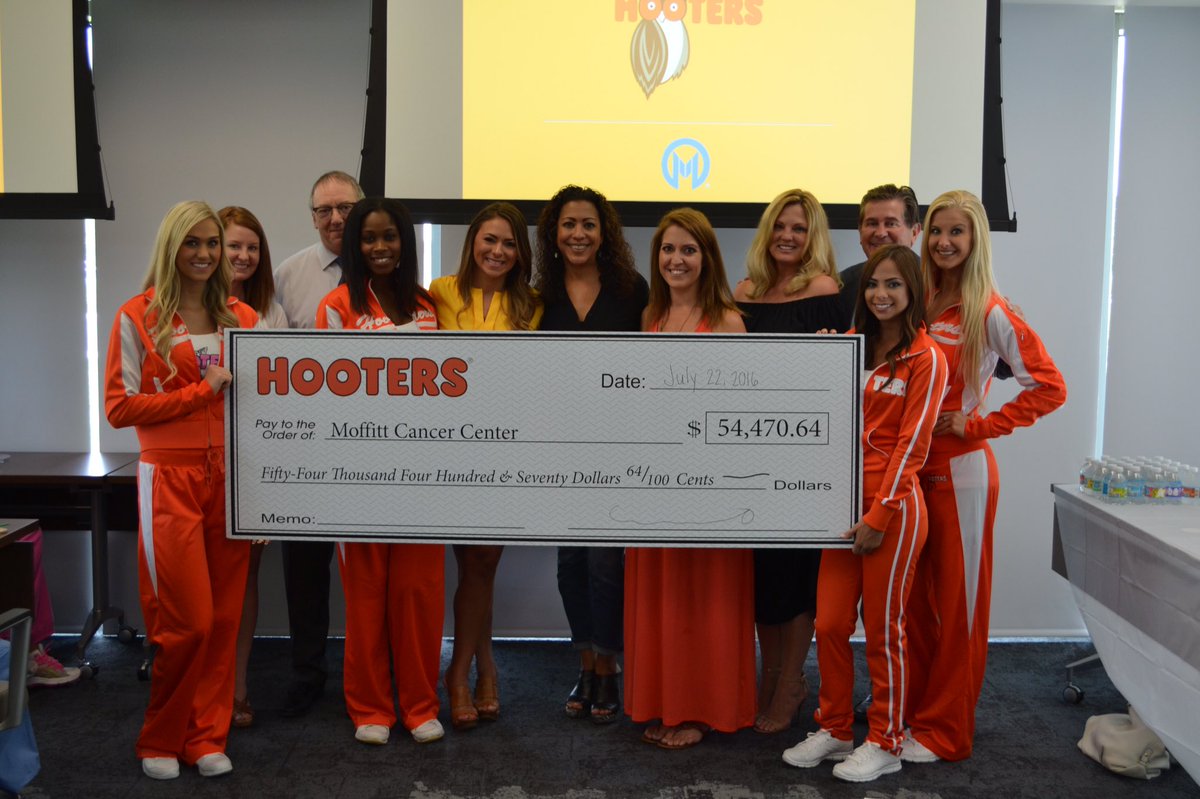 The donation amount represents funds raised at HMC-owned Hooters restaurants this past October, during the “Give a Hoot” campaign. Give a Hoot is held annually in honor of HMC’s own Kelly Jo Dowd, who was a Hooters Girl, 1995 Hooters Calendar Cover Girl, and ultimately the Palm Harbor restaurant general manager, before succumbing to terminal breast cancer in 2007.

Dowd was one of the original Hooters Girls. In 2002, she was diagnosed with breast cancer, and despite radical and aggressive treatment, on May 24, 2007, she died. Dowd spent her last five years battling this dreaded disease. Through her courageous, selfless struggle, she became an advocate for early detection, education and fundraising in the battle against breast cancer in the Hooters organization.

Hooters’ Give a Hoot program is now in its 10th year. The 2015 campaign raised a Hooters-wide total of $812,976, bringing the campaign’s national total to date to more than $4 million.

Donations were collected nationwide in conjunction with the V Foundation for Cancer Research, which was founded in 1993 by ESPN and the late Jim Valvano, legendary North Carolina State basketball coach and ESPN commentator. Each Hooters franchisee group then designated its local choice of the cancer research center to which 100 percent of the money they raised was donated.