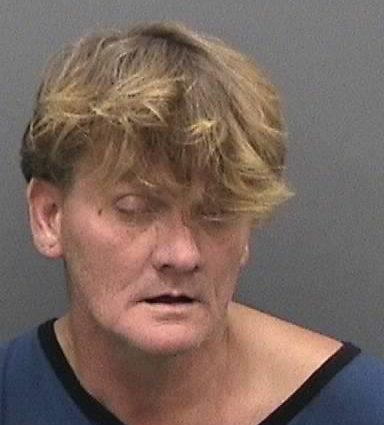 Hillsborough County Sheriff’s Office officials announced the arrest of 49-year-old Iralee Baker for the burglary of a Tampa church.

Baker was seen on surveillance video burglarizing the ALTAR Church located at 6830 Habana Avenue North in Tampa at approximately 1:30 a.m. on July 25, 2020. Baker stole a safe and a laptop, sheriff’s say.

Later that day, deputies obtained an arrest warrant for Baker. While trying to serve that warrant at Baker’s home, he fled through the back door. He was later found hiding in bushes in a nearby alley. Baker cooperated with deputies and told them the safe was taken to a local hotel. Deputies responded to the Shaw Motel, located at 1509 East Hillsborough Avenue, and learned the manager had found the safe in the parking lot and reported it to Tampa Police, who responded and impounded it.

“This suspect went into the very place people consider a safe haven and took what didn’t belong to him,” said Sheriff Chad Chronister. “He later sold the stolen laptop for $100 worth of crack cocaine. His actions are despicable, and I applaud our deputies for their quick work in identifying and arresting this suspect.”

At this time, Baker remains at the Falkenburg Road Jail on a $25,000 bond. He faces multiple charges including Dealing in Stolen Property.