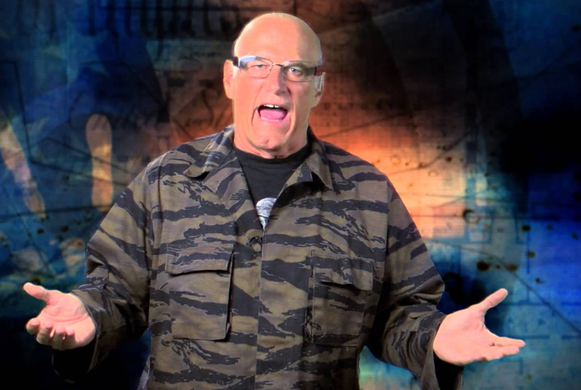 Not interested in voting for Donald Trump or Joe Biden? Apparently you are not alone. Former Minnesota Governor and Professional Wrestler, Jesse Ventura is not happy with any of the possible choices and will be writing himself in on a recent Primo Nutmeg interview: “There ain’t no candidates for me, so I’m gonna write myself in.”

Ventura went on to say, “If America writes me in and I win, I’ll do the job. I don’t think I’d have any choice”.

It appears that Jesse Ventura is not the only person interested in voting for Jesse Ventura. There is a movement to get Ventura on the Green Party ticket which can be found at the website, People for Jesse.

In a letter from Draft Jesse 2020 in mid-June, they state:

Major events unfolded in the latter half of last week which have significantly influenced the course of the Green Party primary in favor of Governor Jesse Ventura. The Governor has now won enough delegates in the primary to allow him the opportunity to address the national convention, and he has reaffirmed his intent to run for President in the fall, with some clarification.

Governor Ventura has indicated across several interview appearances last week that he will rescind his endorsement of any presidential candidate, as no one shares his values, and instead write himself in during the November election. He has encouraged his supporters to do the same, and has said if he wins the office he will take the job. How could he not? The Governor has put the Green Party on notice – either draft Jesse Ventura or lose the support of the massive grassroots movement that has risen to support him.

Looking at Jesse Ventura on the issues, he appears to be a good fit for the Green Party’s agenda. This is exemplified in Ventura’s philosophy on healthcare (healthcare is a human right and that healthcare should not be a for profit business),  climate change ( climate change is an existential crisis facing our planet) and taxpayer funded “free” college.

There is also a Change.org petition to draft Ventura to run for President.

Is Jesse Ventura what this country needs now?