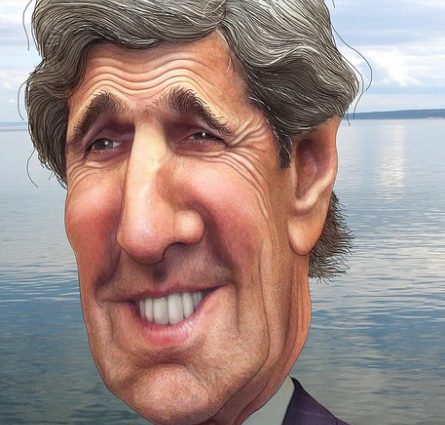 Remember back in November when then President-elect Joe Biden made the announcement of a “climate czar” in the person of John Kerry?

It was met with much praise among America’s left and landed him a seat at the National Security Council that will report directly to President Biden.

Kerry tweeted back then: “America will soon have a government that treats the climate crisis as the urgent national security threat it is.”

But does Kerry treat climate change as the threat he stated? Well, not so much.

Remember in February when it was disclosed that Kerry took a private jet to Iceland in 2019 to receive some climate leadership award? Remember his response?

“If you offset your carbon, it’s the only choice for somebody like me who is traveling the world to win this battle.”  Ugh!

That leads to the much less egregious Kerry action of being caught without a mask on a flight the other day.

He responded again on Twitter: Feels like there’s some St. Patrick’s day “malarkey” afoot on Twitter. Let’s be clear: If I dropped my mask to one ear on a flight, it was momentary. I wear my mask because it saves lives and stops the spread. It’s what the science tells us to do.

Let’s face it, John Kerry doesn’t believe the stuff he peddles, that’s the point. If he truly did–if he thought we were in a climate crisis or that wearing a mask is saving his life or saving the lives of people around him–he wouldn’t be taking gas-guzzling private jets or taking off his mask in a plane.

It’s what the science tells us to do he says.

John Kerry couldn’t tell us anything about any of the climate science or science behind the use of masks because he’s not a believer in any of it, he’s a believer in the control the government gets via these policies and scare-tactics.

Just another phony who truly believes he’s above all the policies and restrictions he would love to inflict on the population.

If Joe Biden wanted someone that would be taken seriously to be a “climate czar”, he should of went the way of someone in the Ed Begley, Jr mold, someone who is a true believer, who lives it–not a phony, plastic, regulation loving ex-pol.