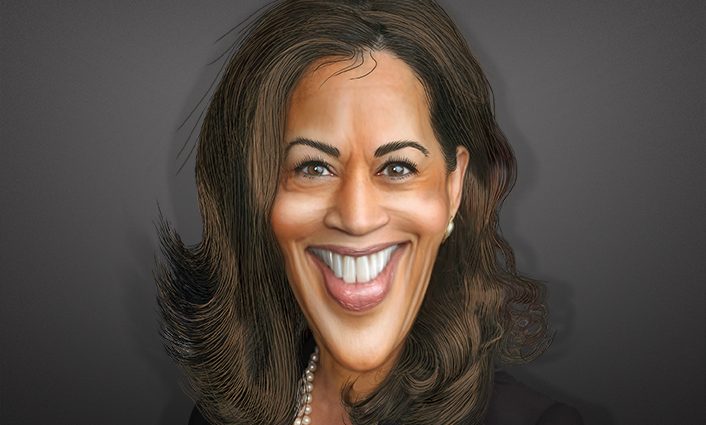 Kamala Harris is facing backlash from Republicans and Democrats after she bluntly told illegal immigrants not to migrate to the United States.

“I want to be clear to folks in this region who are thinking about making that dangerous trek to the United States-Mexico border, do not come. Do not come,” Harris said at a news conference with Guatemalan President Alejandro Giammattei.

“The United States will continue to enforce our laws and secure our border,” Harris continued. “If you come to our border, you will be turned back.”

In fact, Harris sounds more like President Trump when you read the entire remark: “I want to be clear to folks in this region who are thinking about making that dangerous trek to the United States-Mexico border, do not come. Do not come. The United States will continue to enforce our laws and secure our border. There are legal methods by which migration can and should occur, but we, as one of our priorities, will discourage illegal migration. And I believe if you come to our border, you will be turned back.”

“So let’s discourage our friends, our neighbors, our family members from embarking on what is otherwise an extremely dangerous journey, where in large part, the only people who benefit are coyotes.”

Rep. Alexandria Ocasio-Cortez’s comments about Harris that are raising the most eyebrows. “This is disappointing to see,” she tweeted. “First, seeking asylum at any U.S. border is a 100% legal method of arrival. Second, the US spent decades contributing to regime change and destabilization in Latin America. We can’t help set someone’s house on fire and then blame them for fleeing.”

Press Secretary Jen Psaki defended Harris by explaining that “what the vice president was simply conveying is that there’s more work to be done,” attempting to soften the tone of “Do not come.”

According to U.S. Customs and Border Patrol, the United States recorded more than 178,000 migrants, many from Guatemala, trying to cross the U.S.-Mexico border in April. It was the highest one-month total in 20 years.

The media seems confused, trying to spin the Trumpian language from the Biden administration.

“Kamala Harris’ message to migrants is breaking my heart,” begins the USA Today coverage, calling Harris “America’s Madame Vice President”
Harris even defended her remarks during an NBC News interview, saying there is “not going to be a quick fix” for the flow of people to the U.S. southern border.

She also rejected GOP criticism that she hasn’t yet visited the border. “And I haven’t been to Europe,” she said in the interview. “And I mean, I don’t understand the point that you’re making. I’m not discounting the importance of the border.”

2021-06-10
Previous Post: Former US Comptroller General, David Walker: Will America still be a superpower in 2040?
Next Post: Emilia Clarke comic book: Single Mom with ‘Period Powers’ and Spidey ‘armpit hair’ to swing on