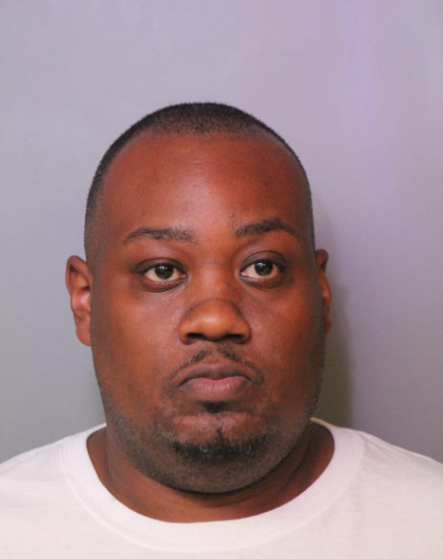 Polk County police have arrested the president of the Kathleen High School Athletic Booster Club for abusing purchasing power and stealing funds. Identified as Aaron Wilborn, Polk Sheriff Grady Judd detailed the case for the media and members of the community.

Investigators say Wilborn stole more than $9,800 from the Kathleen High School Athletic Booster Club. They say he used the club’s debit cards 344 times to buy, pretty much, whatever he wanted. Here’s what they listed (full list below):

“He paid 12 cell phone bills. He put fuel in his vehicles on 149 occasions. He purchased food, small amounts of food on 85 different occasions,” Judd said.

Investigators said Wilborn, 33, told them he didn’t steal anything. He was just reimbursing himself for money he spent on the kids. That said, Judd announced that the club’s bottom line came up thousands of dollars short.

“It should be all about the children,” said Judd. “Aaron made sure it was all about him.”

Wilborn is the president of the booster club, viewed in a positive light by those who know him and even has the 10 Commandments on his front lawn.

“I don’t want to add anything to the Bible, but I have a rule here at the Sheriff’s Office,” said Judd. “If thou steals, thou goes to jail.”
The Polk County School District said they discovered the misappropriated funds while conducting an audit of the booster club’s records. They then turned the information over to the sheriff’s office.
Booster club board members asked Wilborn to step down from his position around June 29, 2015.

Ruby Lewis, former vice president of the booster club, told Fox 13 that she didn’t know anything about the organization’s finances, but spoke highly of Wilborn as a person.

“He does tutoring. He’ll assist [the kids],” she said. “He’ll try to make sure they have everything they need. Everything was all about Kathleen High School.”

“We appreciated the community’s continued and generous support of our schools’ athletic and academic programs. Any allegation that such support has been misused must be treated seriously,” the school district said in a release Wednesday.

Here is a list of personal transactions Willborn made:

• 85 food transactions for a total of $896.73.
• $3,415.31 in unauthorized personal fuel purchases.
• Sprint telephone bill for 12 months of  service for $1,107.00.
• GEICO insurance in the amount of $87.86
• Purchase at a tire company for $87.00.
• Movie rentals and theater visits on 20 occasions for a total of $143.16.
• Clothing purchases at Burlington and Journeys in Lakeland and for entertainment activities such as at Fun Spot in Orlando and at Airheads Trampoline in Tampa for a total amount of $185.36.
• ATM services at various financial institutions. The total for the ATM withdrawals, associated fees, and chargeback fees for the account being overdrawn is $2,628.99.
• Hotel stays and rental cars for a total of $1,237.82.
• Miscellaneous purchases such as at Tampa Travel Center in Seffner and for vending machine purchases in Orlando/Altamonte Springs for a total of $58.51.