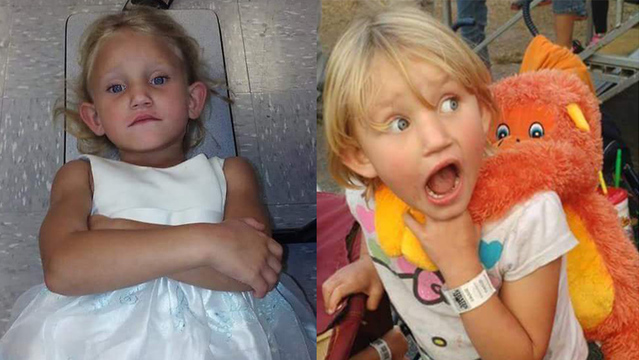 Investigators in Tennessee Monday found a 4-year-old girl who disappeared from her central Florida home on Saturday, and said the former family friend accused of kidnapping her is now in custody.

Rebecca Lewis and her kidnapper, “West Wild Hogs,” were located in a vehicle near a Memphis hospital. A nurse recognized the girl from the Amber Alerts and notified police who stopped the man from escaping out of the parking garage.

Hogs, 31, who changed his name from Matthew Clark Pybus, has not reportedly been around or seen the girl in years. He had pulled a handgun on the family and was asked to leave and never return.

Police say the girl is now safe. Rebecca was “in good health” on Saturday evening, and the TBI described her as “safe” on Monday when she was discovered.

Rebecca vanished on Saturday from her Lakeland home and the Amber Alert was issued immediately, not only in Florida, but also in Georgia, Alabama, Tennessee and Kentucky.

Polk County Sheriff’s Office spokesman Scott Wilder said it was still unclear why Hogs may have taken the child. “The whole family is pretty torn up and very emotional. They just want to know why because they don’t understand why he would have taken her,” he said.

Despite his behavior, Hogs reportedly has no criminal record.

“Here’s a message to west Wild Hogs: don’t you hurt that baby…You keep that baby safe and take her to a police department, a sheriff’s office, a fire department. You turn her over to responsible citizens at a church. We’ll worry about catching you later, but we want that child back right now.”

2016-10-11
Previous Post: Tarpon Springs: Anna Marie Sosa charged with DUI after driving the wrong way on US 19
Next Post: Patel Conservatory adds ‘Music Together’ and ‘Rhythm Makers’ to enrich children’s love of music