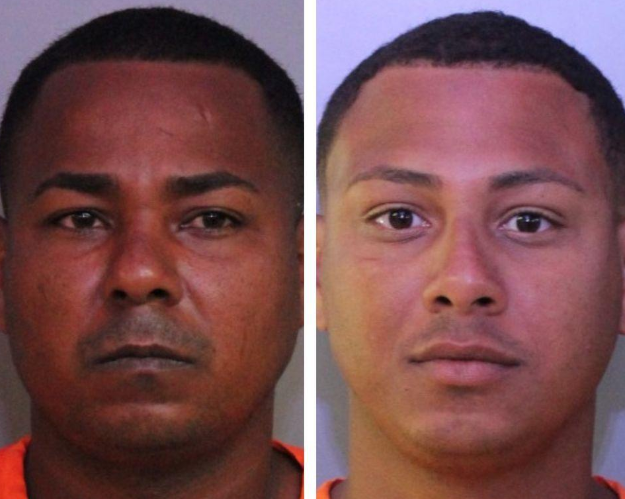 Lakeland police report two brothers have been arrested after a man died from an apparent gunshot wound.

Roberto Rodriguez, 31, and his younger brother, Reynaldo Rodriguez, 30, were arrested on Sunday in connection to the Friday evening murder near the 400 block of Cornelia Avenue.

Officials explained that the pair were hanging out with the unidentified victim, a 23-year-old man, and others at a home when a fight broke out with the victim and Roberto left the home and returned to shoot the victim.

Evidence and witness statements led them to the brothers’ home on Beech Avenue where a vehicle, matching the suspects’ vehicle description, was located.

After receiving a search warrant, detectives said they found a handgun that may have been used in the murder.

Both brothers were arrested at the scene without incident and transported to the Polk County Jail, facing first-degree murder charges.

“Our detectives have worked non-stop to bring the persons responsible for this heinous act into custody,” said Chief Rub Garcia. “We now work toward giving a family justice.”

Anyone with information is asked to contact Detective Hathcock at 863-834-6975 or [email protected]. Anonymous tips can be submitted to Heartland Crime Stoppers at 1-800-226-8477 or visit www.heartlandcrimestoppers.com.