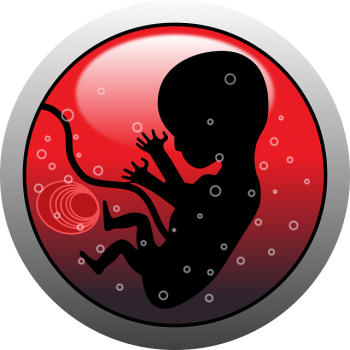 Louisiana legislators overwhelmingly passed “The Abortion Pill Reversal Disclosure Act,” requiring medical staff to inform women taking the abortion pill that the drug-induced effort to terminate a pregnancy could be reversed and the baby’s life saved. The legislation now goes to Governor John Bel Edwards, a Democrat who opposes abortion and has previously signed pro-life measures into law.

Mifepristone, when used together with misoprostol, can be administered up to 10 weeks into a pregnancy when the baby already has a beating heart as well as arms and legs. The first pill in the regimen, mifepristone, cuts off blood and nutrients to the baby, slowly starving it to death over one to two days. The second pill induces labor.
HB 578 includes information about the abortion pill reversal protocol to state informed consent requirements and requires abortion facilities to inform women that the first abortion drug, mifepristone, may be reversed. The legislation requires an abortionist dispensing abortion pills to provide women with the following statement: “Research has indicated that the first pill provided, identified as mifepristone, is not always effective in ending a pregnancy. If after taking the first pill you regret your decision, please consult a physician or health care provider immediately to determine if there are options available to assist you in continuing your pregnancy.”
The abortion pill reversal protocol has been credited with saving more than 2,000 children’s lives.
The Louisiana Senate also passed four other pro-life bills this week to protect unborn babies and mothers from abortion.
HB 218 allows Baby Boxes to be installed in hospitals to discreetly allow mothers to surrender their newborn babies up to 60 days old to authorities without repercussions if they cannot care for their child. Once the child has been placed in the box, medical care is immediately provided to the child before the baby is placed for adoption.
State Senators also passed state House Bill 423 which require hospitals to provide data to the state about abortion complications that they treat. Since most complications that arise after an abortion are treated by a local hospital instead of an outpatient abortion facility, this legislation ensures that the state has better statistics on the rate of complications from abortion.
The fourth legislation, House Bill 7, exempts the purchase of diapers and feminine products from state sales tax, thus relieving some of the financial burden on mothers and babies.
Legislators also passed state HB357 which will strengthen the parental consent requirements for minors seeking abortions. The legislation limits the jurisdiction of a judicial bypass so that an underage girl cannot request permission from a judge rather than her parents. The bill also requires data to be reported to the state about minors seeking abortions through judicial bypass.
Liberty Counsel Founder and Chairman Mat Staver said, “I applaud Louisiana legislators for protecting the lives of precious unborn babies. We must continue the fight to make the womb a safe place once again in America.”
2021-06-11
Previous Post: Emilia Clarke comic book: Single Mom with ‘Period Powers’ and Spidey ‘armpit hair’ to swing on
Next Post: Alzheimer’s disease drug, Aduhelm: Three FDA advisors resign over approval