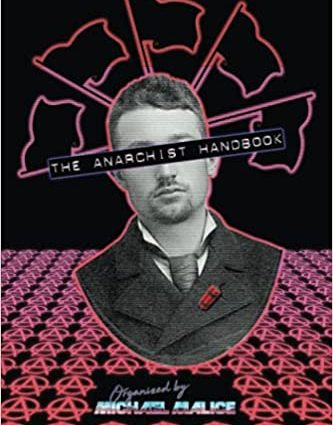 Michael Malice is already a successful author, but the meteoric rise of his latest work, “The Anarchist Handbook,” has shocked everyone, including Malice himself.

“I have no understanding or hypothesis,” Malice confesses during his interview on the latest Tom Woods podcast, speaking the book’s placement in Amazon’s overall top ten and resting well above big names such as Jordan Peterson, Oprah Winfrey and Barack Obama.

Malice and Woods discuss marketing campaigns, the failed efforts by Max Boot to get his book sold and how self-publishing has paid off for self-proclaimed anarchist.

“I’ve made more now in this five days than I have with the entirety of ‘The New Right,” Malice says, referring to his 2019 analysis of fringe politics, published by All Points Books, noting he makes six times the income by self-publishing.

“The fact that people who were really passionate and intense and stood for something…the fact that I can take kind of little something out the wastebasket of history and give them some time in the spotlight for their accomplishments is something that I am very, very honored to be in a position to be…,” Malice tells Woods.

While reviews are non-existent at this point, Malice’s place on these Amazon’s chart is influencing other platforms – eBay copies (bought from Amazon and resold with a mark-up) can already be found, making “”The Anarchist Handbook” to even more readers.

After 2020, it may seem poetic to find anarchist anthology soaring on Best Seller lists, so keep an eye out for the next shocking twist in the post-pandemic era.

Full synopsis: “Anarchism has been both a vision of a peaceful, cooperative society—and an ideology of revolutionary terror. Since the term itself—anarchism—is a negation, there is a great deal of disagreement on what the positive alternative would look like. The black flag comes in many colors.The Anarchist Handbook is an opportunity for all these many varied voices to speak for themselves, from across the decades. These were human beings who saw things differently from their fellow men. They fought and they loved. They lived and they died. They disagreed on much, but they all shared one vision: Freedom.”