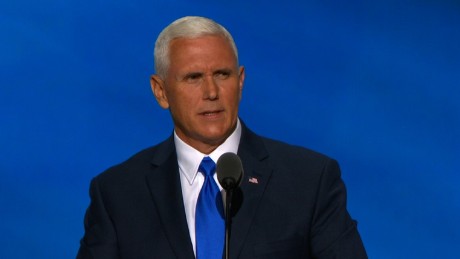 “He didn’t address anything specific regarding the Hispanic community or fixing what Mr. Trump has been saying,” said Hispanic Chamber of Commerce member Nathan Penha.

The appearance was unannounced by the campaign and unexpected by the chamber.

Twenty or so protesters were gathered outside Trump’s Tampa office Tuesday, some holding signs with messages such as: “Tell Trump: Latinos are not rapists and criminals.”

“If it was Mr. Trump who came to speak to us, I don’t know what the reception would have been,” Penha said.

Penha says the visit with the Chamber could have addressed more issues.

“Obviously, this is a political move, I’m sure they found out it was a Hispanic chamber next door and they figure, ‘you go take care of that,'” said Penha.

“It would have been nice to at least get his opinion on certain things, specifically the Hispanic community and, again, not generalizing Hispanics. I think we’d have to see a significant changes in terms of at least from the verbal, the public verbal comments before I think there’s significant support.”

The Indiana governor was chosen to run with Trump just ahead of the Republican National Convention in Cleveland, Ohio. Unlike Trump, Pence has a resume of strong fiscal conservatism and a record of being pro-life, standing up against Planned Parenthood funding and highly controversial religious freedom topics. His selection was obviously attempting to tap into the evangelical voter block.