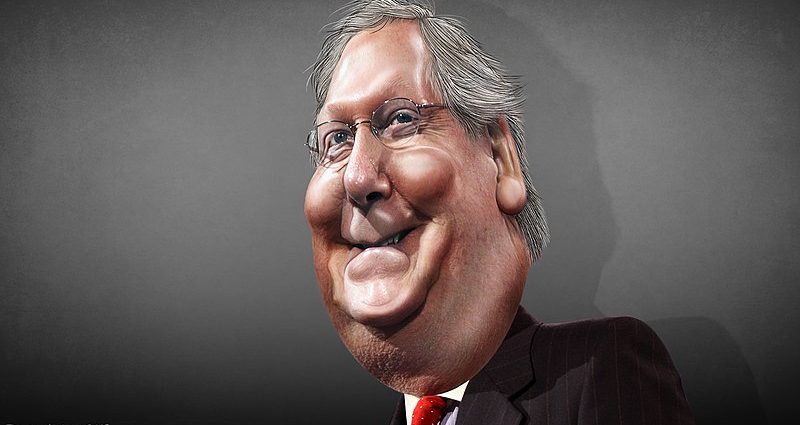 Senate Minority Leader Mitch McConnell warned unvaccinated Americans that the entire country could be locked down again as early as this fall if they don’t get their COVID vaccine.

“These shots need to get in everybody’s arm as rapidly as possible, or we’re going to be back in a situation in the fall that we don’t yearn for that we went through last year,” McConnnell said on Tuesday. warning 97% of people currently hospitalized with COVID are unvaccinated.

“It never occurred to me – after three highly effective vaccines were developed in under a year – that we’d have difficulty getting Americans to take the shot,” he stated.McConnell, 79, reflected on his experience as a polio survivor to plead with Americans to get their shots, seemingly ignoring the complications with early versions of that vaccine protocol.

“I say this with some authority, as you all know, being a polio victim myself, and being very aware that it took seven decades to come up with two effective polio vaccines – this was done in one year,” the Kentucky senator said.

In April 1955, soon after mass polio vaccination began in the US, the Surgeon General began to receive reports of patients who contracted paralytic polio about a week after being vaccinated with Salk polio vaccine. Years later later, 1961, a new attenuated live oral polio vaccine was developed by Albert Sabin came into commercial use.